Whatever Hiroshima means to us today, its not what it meant to those in Hiroshima.

Sansho the Bailiff (1954) - dir. Kenji Mizoguchi  Zushiô's father is an anachronistic Lockean, telling his son "Men are created equal. Everyone is entitled to their happiness."  His commitment to Enlightenment ideals doesn't play over well in 11th Century Japan, and his family is exiled.  They don't even last a full day before being kidnapped.  [...]

There is no “solution” to Marienbad – no clothes on the emperor. But we can’t help but imagine some. This is its beauty.

In 1915, D. W. Griffith made The Birth of a Nation, and spent the rest of his life trying to prove he wasn’t racist.

Two John Ford films and one Michael Powell flick ask the question – the bad guys don’t play nice, so why should the good guys? 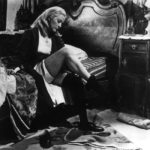 The idea that the poor are just as sinful as the rich doesn’t seem too revolutionary, until you look at the majority of Western art and literature. Usually we get the Charles Dickens trope. If only the mean rich people were to leave and the poor people were put in charge, things would run more smoothly.
Viridiana in contrast, might have been written by Ayn Rand. It’s about as anti-populist as you can get. Rand however, would have tossed in a Prometheus or two. Buñuel’s Calvinistic misanthropy allows for no heroes. 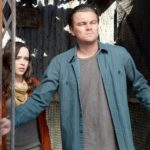 We simply don’t know when we don’t know the limits of our own knowledge, either individually or collectively. 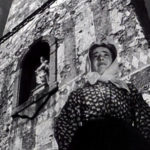 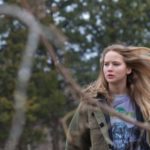 Winter’s Bone avoids the rural-themed art house cliches. The plot moves along briskly – there aren’t the monotonous landscape-indulgent pauses that plagued Frozen River and its ilk. The accents seem unaffected, and the film relies on story and character, so that concerns over “genuineness” are forgotten. It eschews both Hollywood mawkishness and indie over-understatedness. 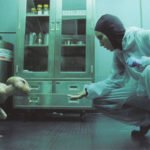 Splice takes its premise far — and that’s a good thing

Splice (2009) – dir. Vincenzo Natali Recommended For: Sci-fi fans, especially those of the particular subject matter at hand (biological engineering) Splice is a movie impossible to recommend well without spoiling it. Simply stating the fact that there are important spoilers is a spoiler in itself. I didn’t read any reviews before seeing the film, […]