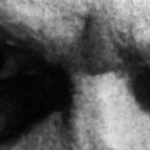 It is impossible to see any movie made during Weimar Republic Germany outside the lens of the rise of Nazism. The Cabinet of Dr. Caligari, released in 1920, has been famously interpreted as a prescient allegory of Germany’s future. In Caligari, a madman controls a sleepwalker’s every moves, just as Hitler was seen to have later controlled the German peoples’.

The next year, novelist Norbert Jacques drew on themes from Caligari and wrote Dr. Mabuse the Gambler. Director Fritz Lang released his adaptation in 1922. Dr. Mabuse is a criminal mastermind, in the vein of Professor Moriarty from the Sherlock Holmes novels. But he has the mystically scientific power of mind control, which he uses to secretly control the German economy and society. His plots are the close cousin of other European conspiracy theories popular at the time.

At the end of the film, the doctor is captured. Driven mad from visions of the ghosts of his victims, he is taken to an asylum.

Although parallels between Caligari, Dr. Mabuse the Gambler and the true psyche of 1920’s Germany is debated, the relation between Fritz Lang’s sequel and German politics is undeniable.

During the ten years after Gambler, Germany descended into political chaos. The country’s electoral system forced its centrist parties to negotiate with extremists on both the left and the right, who roamed the streets murdering opponents and – in the case of the Nazis – terrorizing as many Jews as possible. The Nazis won a plurality of seats in July 1932, just before Lang started filming The Testament of Dr. Mabuse. When Testament opens, Dr. Mabuse is locked away in his cell, scribbling furiously. Hospital director Dr. Baum collects the notes, which give instructions on how to commit various crimes. Baum praises Mabuse’s genius mind to a class of students, unmistakably mimicking Nazi gestures.

Inspector Lohmann discovers that a secret gang of criminals is replicating Mabuse’s instructions to the letter. The gang is organized in a manner similar to the Nazi Party was. Some gang members wonder about their boss’s plans. Their crimes aren’t making any money. Instead, they seem designed to create fear and chaos. (Heath Ledger’s portrayal of The Joker in The Dark Knight was inspired by Dr. Mabuse.)

After the war, Lang stated that he made Testament as an anti-Nazi allegory.

“Thus I hoped to expose the masked Nazi theory of the necessity to deliberately destroy everything which is precious to people. Then, when everything collapsed and they were thrown into utter despair, they would try to find help in the “new order.””

Although Lang probably exaggerated some of his anti-Nazi activities, (such as his stories of a midnight train ride out of Germany after Goebbels offered to put him in charge of the Nazi film program) critic Michael Walker examined the evidence in a 2011 journal article and found Lang’s claims about Testament credible. Walker lists many parallels, so I’ll focus only on my favorite. One of the most visually arresting scenes of Testament exposes the Mabuse propaganda machine. When gang members are to receive instruction, they enter a room with a drawn curtain. Behind the curtain is the shadow of “the boss,” who issues orders. They never see the man behind the curtain.

One of the gang members and his girlfriend take a peek. They see a cardboard cutout and a speaker.

During the time of filming, in late 1932, Prussian authorities had banned Goebbels from public speaking. He got around the ban by having recordings of his speeches played instead. This concept of illusory authority – of obeying what seems like a power but is really a false front for insanity – is at the heart of Dr. Mabuse.

Testament was scheduled for release on March 23, 1933 – the day newly-appointed Chancellor Hitler asked the Reichstag to vote him emergency powers in the Enabling Act. Minister of Public Enlightenment and Propaganda Goebbels first delayed, then canceled Testament’s premiere, as a threat to public health and safety.

The Nazis edited their own version for release, which added dialogue claiming Dr. Mabuse was Jewish. Lang left Germany for America later in 1933, and divorced his screenwriter and wife Thea von Harbou, who joined the Nazi Party.

Also read: Des Testament des Dr. Mabuse by Michael Walker, 2011, in Movie: A Journal of Film Criticism
The Empire of Crime: Dr. Mabuse, the Original Supervillain by Christopher Saunders, 2014, for MoviePilot
The Testament of Dr. Mabuse (1933), by Tim Robey, 2013, for The Telegraph