For the first hour and forty minutes, Planet of the Apes plays like a standard anti-theocratic dystopia.  Prisoner Charlton Heston is given a brief look at ape society, which is ruled dogmatically by fundamentalists reading old scrolls.  The church is opposed entirely to free thought and scientific inquiry.  Dr. Zaius, the city’s joint Minister of Science and chief Defender of the Faith, actively covers-up and destroys evidence that all scripture should not be taken literally.

There’s not much effort to disguise the symbolism; the Scopes Monkey Trial parody is quite funny.  Screenwriter Michael Wilson lays the irony on thick – at no point can Heston claim that humans from his planet don’t do the exact same things. Heston, the trope outsider, helps the rebels Zira and Cornelius prove Dr. Zaius wrong. He lies there on the beach, defeated and tied up. Our hero is ready to ride off in the sunset. Co-writer Rod Serling made his living as the king of 1960’s pop philosophy with The Twilight Zone, and appeared ready to give his viewers a victory over ape tradition and religious authority they dreamed of in the human world.

But, then comes the best plot twist he ever wrote. The shock value doesn’t come from audience surprise, but from the complete change in the story’s moral viewpoint.

Dr. Zaius explains that he’s always known Zira and Cornelius were right. He opposed them not out of piety, but from a desire to protect the future.

“Beware the beast Man, for he is the Devil’s pawn. Alone among God’s primates, he kills for sport or lust or greed. Yea, he will murder his brother to possess his brother’s land. Let him not breed in great numbers, for he will make a desert of his home and yours. Shun him; drive him back into his jungle lair, for he is the harbinger of death.” – Sacred Scroll 29:6

Planet of the Apes then provides the most memorable image of man’s evil since Jack put a pig’s head on a spike.

The point of all this is that Dr. Zaius was right. Ape City is no one’s ideal liberal democracy, but its certainly better than global nuclear annihilation – a point hammered home even further in Beneath the Planet of the Apes. At the beginning of his journey, Charlton Heston explains that he “can’t think but somewhere out there, there has to be something better than man.” He finds it.

Dr. Zaius is modeled after Dostoevsky’s Grand Inquisitor. When Heston, like Jesus, drops down from the sky and shocks society with miracles, he is taken prisoner and given a private hearing with the Inquisitor. The Inquisitor explains that humans cannot handle freedom – it only leads to disaster. He is the keeper of Straussian secrets that must be kept hidden if society is to function and mouths are to be fed.

Plenty of other dystopian works use this model. But while Dostoevsky, Huxley, Kubrick and others might give their Inquisitors convincing arguments, it is always clear that they are on the side of the rebels.

In Planet of the Apes, the Inquisitor is proven right. Rather than a kiss, the story ends with a curse. 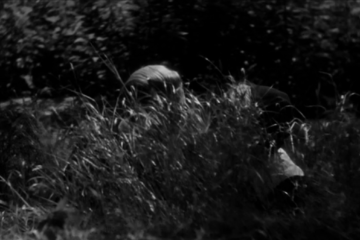