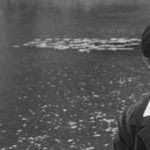 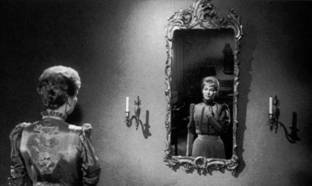 Gertrud leaves her successful but boring husband to pursue an affair with another man, and finds that her new love isn’t any better.

Gertrud is different than Godard’s women and Truffaut’s women.  The French are 1960’s Modern.  They are too cool for romance; they are too liberated for committed love.  Gertrud is and older type, an Anna Karenina.  She desires a perfect lover she can give herself to wholly.

Gertrud is fully committed to ideal love.  She is immature, she is narcissistic, she is genuine.  She’s willing to sacrifice any and all happiness on the altar of poetic romance. 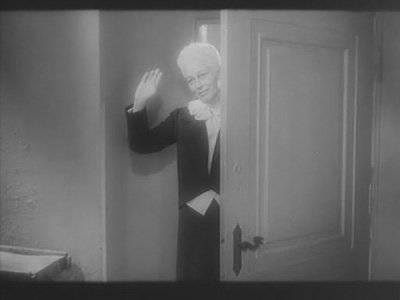 Some authors reward this self-indulgent martyrdom with a happy ending just before the credits roll; others reward it even more with a grand suicide, replete with symbolism and pathos.

Dreyer doesn’t.  Gertrud is given the sort of end that the passionate young fear most.

Jonathan Rosenbaum has a terrific essay on the film, and how it relates to Dreyer’s family life.  Reminds me a bit of Bergman’s semi-autobiographical oeuvre.  But I suppose the whole film reminds bit a bit of Bergman.