Grover Cleveland won his rematch, the first public college basketball game was played, and The Nutcracker premiered in St. Petersburg. Here were the top films of the year, as I see them.

Poor Pete is the only survivor of Reynaud’s “Patnomimes Luminesuses.” He exhibited it along with several others at the Musée Grevin in Paris, presenting “the first animated pictures shown publicly on a screen by means of long, transparent bands of images.”

Pauvre Pierrot is also the first narrative movie in my list. In the story, a man visits his lover. Pierrot knocks, and the couple hides. Pierrot starts to sing, and the man scares him, so Pierrot leaves.

Pretty simple, but it represents a huge jump in the idea of what a movie is and what it can accomplish. It is the “missing link” in the evolution of cinema from a technological toy to powerful form of expression.

Only a few minutes of Pauvre Pierrot survives today, as Renaud threw most of his work in the Seine. It originally ran about 15 minutes in length – also a huge jump up from other contemporary films, which were only a few seconds, at most. 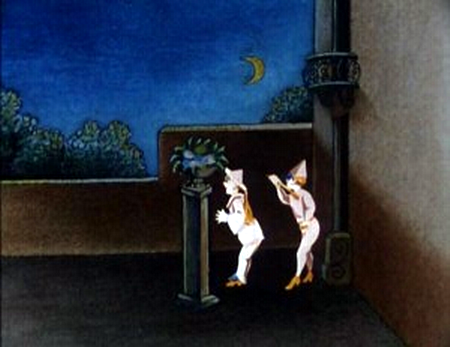 In 1892, William K. L. Dickson and Thomas Edison continued to develop the Kinestoscope, and tested on very short experimental films like this one and Handshake, which is featured below. The surviving Edison/Dickson films from this time period are all similarly unremarkable to modern eyes. The real magic wouldn’t happen until Edison completed construction on the “Black Maria” film studio – he started building in December of this year. 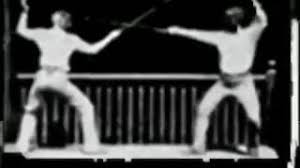 A two-second handshake. Nothing remarkable by today’s standards. But in 1892, just getting movement on camera was pretty amazing. 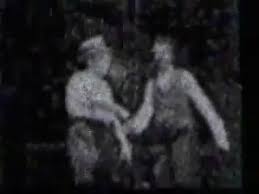