Freud’s The Interpretation of Dreams and Conrad’s Heart of Darkness are published for the first time, Scott Joplin’s Maple Leaf Rag is published, the Philippine-American War and the Second Boer War begin, and Henry Bliss becomes the first American killed by an automobile. Here are 1899’s greatest films:

This film is regarded as the first example of narrative film editing, meaning the filmmakers spliced together different shots to tell a story. But the filmmakers didn’t do the editing themselves. They provided only the middle shot and told exhibitors they’d have to do the splicing work themselves, using footage of trains going through tunnels they already had from previous programs. 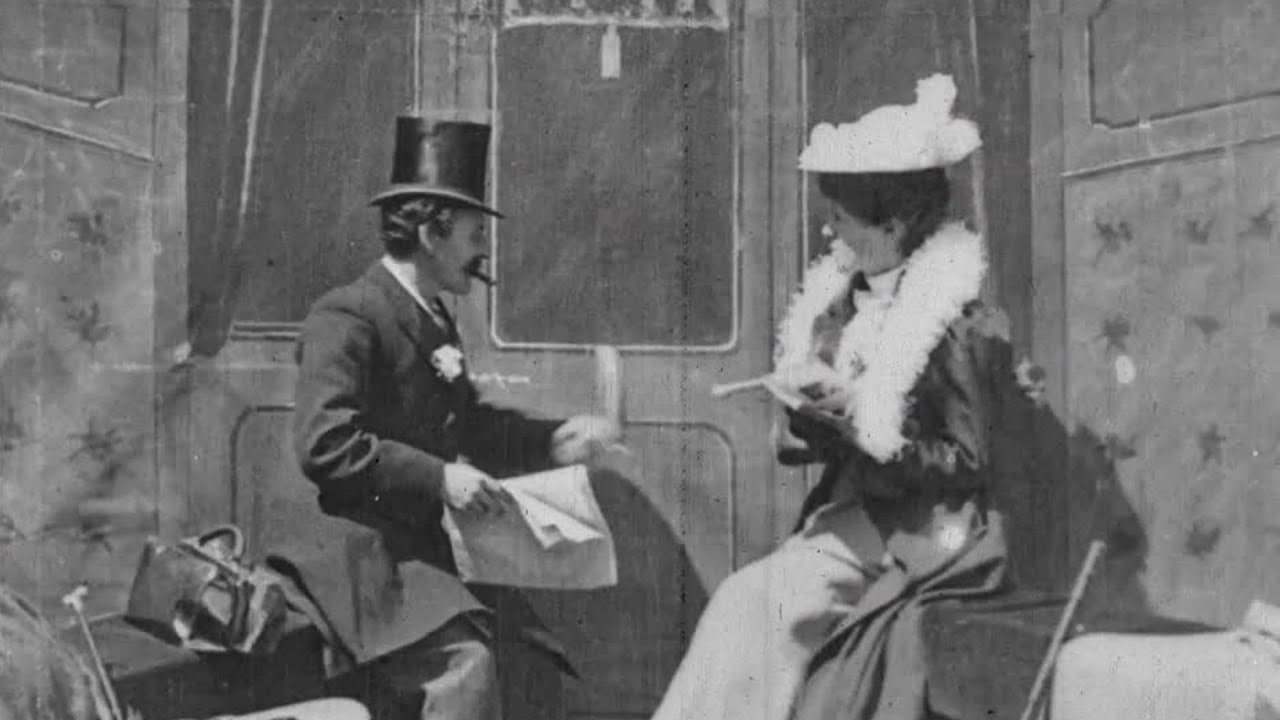 This fairy tale through Méliès eyes is every bit as enchanting as Disney’s version. The fairy godmother transforms the mice and the pumpkin, and Cinderella must run from the ball at the stroke of midnight on the clock. This surreal climax includes dancing clocks, taunting Cinderella as they ring out their chimes. This was Méliès’ first major success, and led him to focus his career on these lavish spectacles.

The Dreyfus Affair was released in September 1899, the same month Alfred Dreyfus was convicted in his re-trial, but pardoned and released. Méliès released 11 short films covering the affair over the past 5 years. Each part lasts a little longer than a minute. Nine survive. The “reconstructed actualities” are what we would today call reenactments. Many of them are well-framed and interesting the watch. Part 9, Bagarre entre journalistes, contains an arresting scene of reporters rushing towards the camera. But the total effort is greater than the sum of its parts – no one else was using film for journalism in this way in the 19th Century. 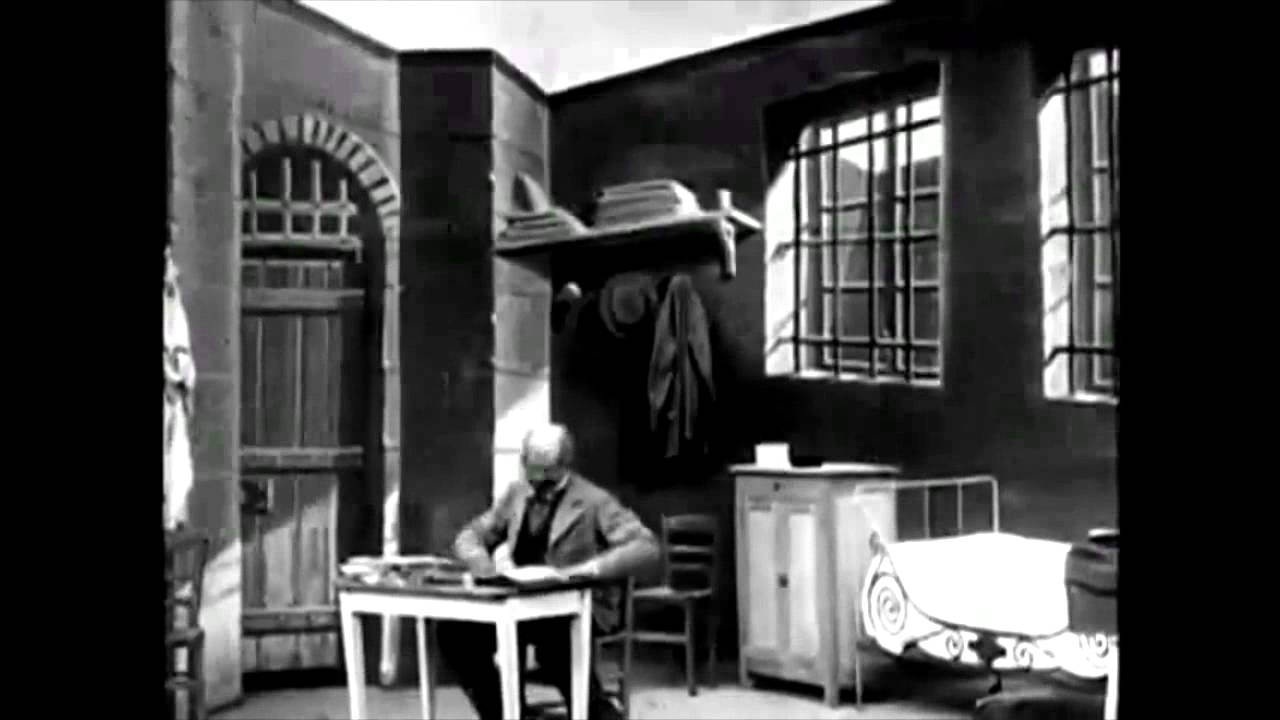 The devil rises out of a baptismal font in a French convent, disguises himself as a priest, and preachers a sermon to a group of nuns. The tension builds, as your eye is forced to dart between the nuns and the devil. What is he saying to them? Do they believe him? Then the scene suddenly changes in a blink, and the incredible kinetic energy is unleashed on screen in a terrifying frenzy. 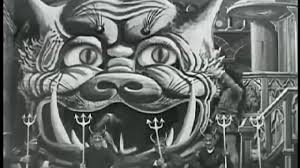 The first known Shakespearean adaptation was made to promote a stage production of King John in London. The crew filmed four brief scenes, of which only one survives: King John’s Death Scene. 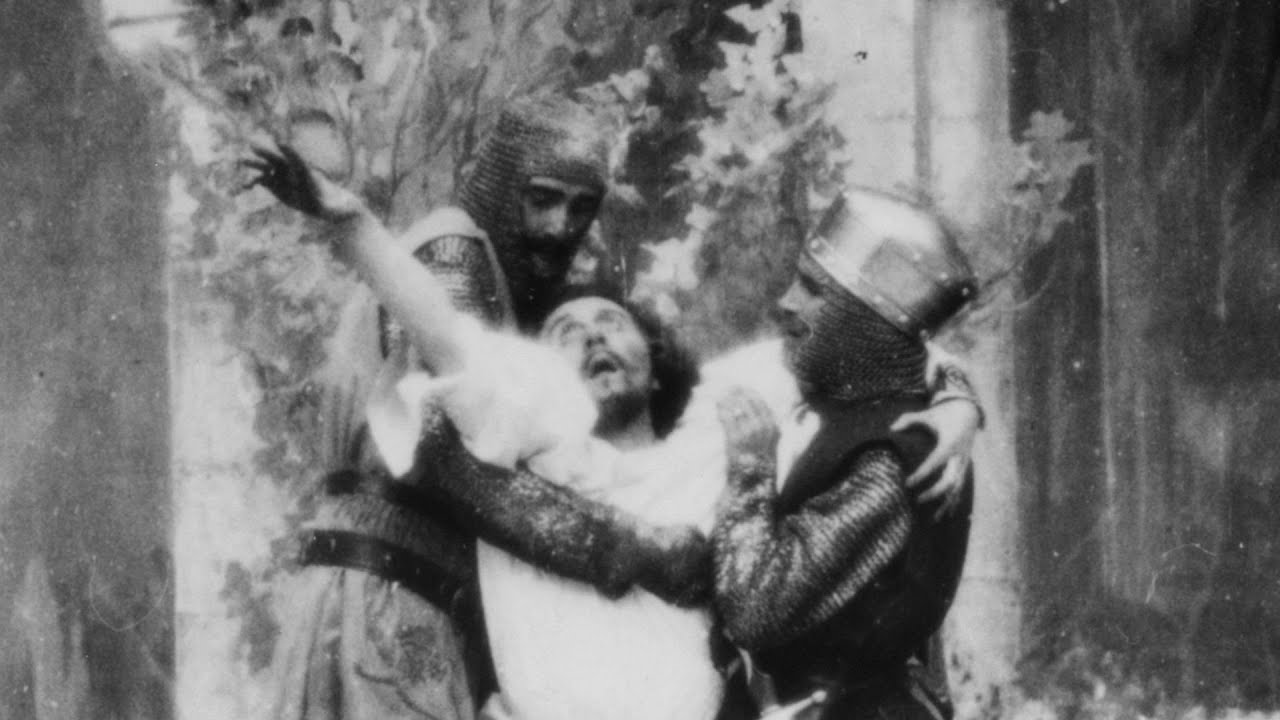