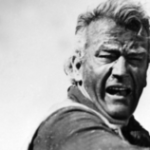 John Wayne leaves the cattle train he works for after seeing a nice, large spot of land in Texas, across the Red River.  Problem is, the land belongs to someone else.  But, its a shame to let the land sit there undeveloped, so John Wayne shoots everyone who gets in his way.

Wayne continues this for decades, with young Montgomery Clift watching on, and Walter Brennan supplying the comic relief.  Eventually, the postbellum economy gets bad enough that Wayne must bet everything on one last, big job.

The cattle driving team is joined by “Cherry Valance,” played by John Ireland.  There is one memorable scene, 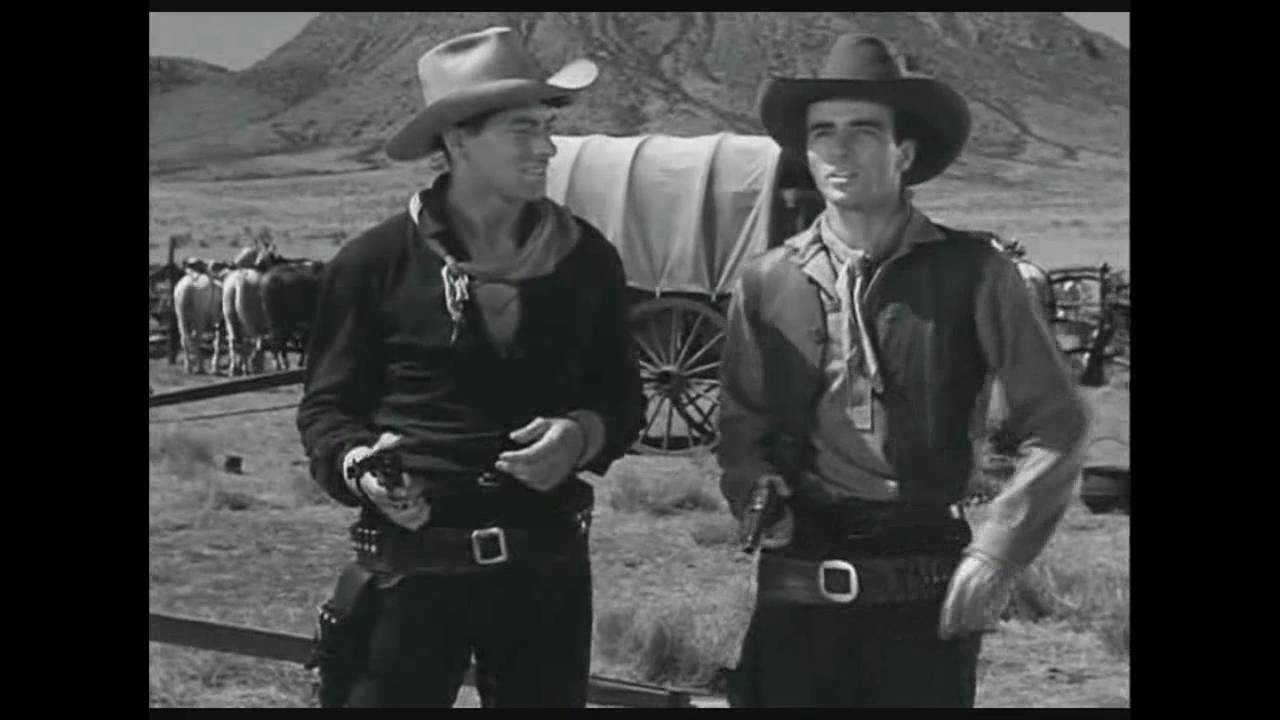 but Valance plays no major role in the rest of the story, despite the considerable foreshadowing. Eventually, Wayne shoots one too many people, and Clift leads an impromptu mutiny against Wayne’s Captain Bligh.  Then, the movie changes pace, as Wayne chases Clift and the cattle through Kansas.

Then, after setting everything up for a terrific climax, Red River punts.  The ending is far less satisfying than the book’s.