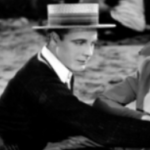 Two of King Vidor’s late silent films are early landmarks in genre. 1925’s The Big Parade, much moreso than Griffith’s Birth of a Nation laid down the template for war films, World War films in particular. 1928’s The Crowd gives us the biopic of the ordinary man. The Big Parade follows the story of an American boy who enlists to serve his country in World War I. He is sent off with patriotic cheers and applause, but soon finds out that war is more digging and walking than shooting and being heroic. Starvation makes fast friends, even among the gruff, tough army stock characters.

(I notice that an enormous number of American war films are about American soldiers who seduce French girls while all the Frenchmen are off fighting the Germans. Perhaps this is a source of the French stereotypical antipathy toward Americans?)

But, after his foreign affair is solidified, our hero is called to the front. There, the horrors of war are seen and cannot be unseen. The supporting cast is blown to bits, and the special effects department has its shining hour.

Will our hero recover from this trauma? Will moviegoers forget the sacrifices of our troops? The Crowd follows John Sims from birth through adulthood. He has high hopes, but his American Dream is constantly just out of reach. Deep ironies and tragedies are punctuated by lucky breaks (not hard work, of course) that break up the deep descent into disappointment and depression. Of course, since the film is for wide release, a hopeful tone is awkwardly tacked onto a bleak story.

Both films were able to make their mark not only through easily adaptable stories, but through Vidor’s creative camerawork. The pan up and into the building and over the leviathan of desks is just one of many memorable shots Vidor used to isolate Sims. Despite our intimate look at his life, we aren’t allowed to forget that he is, ultimately, just another ant.

The No Man’s Land hellscape of The Big Parade is as powerful as it is familiar; most obviously in 1930s Best Picture, All Quiet on the Western Front.