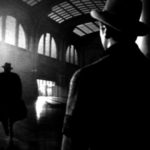 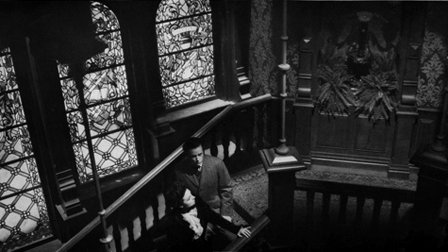 The Magnificent Ambersons is the Ken Griffey Jr. of film. A first-ballot Hall of Famer without question, but oh, what might have been…

The story is pretty well known. Welles thought he had finished the film, and went to Brazil to shoot a picture for the government. War broke out, and he was unable to come back to the states and take an active role in its editing. The studio got nervous, and cut 30 – 40 minutes from the running time, even trimming the starts and stops of some of his pans. They tacked on a terrible ending. And on top of all this, they burned Welles’s prints.

What we have is still a pretty damn good film.  And as his second, it continues the success we saw from Welles in Citizen Kane.

The easiest way for a director to become invisible is simply to not try anything fancy. If a technique might startle the audience, its best not to use it. Something innovative or different might remind the viewer that they’re watching a movie.

Often, that’s the point — take the New Wave and its Brechtian brothers. That’s not Welles’s goal though. 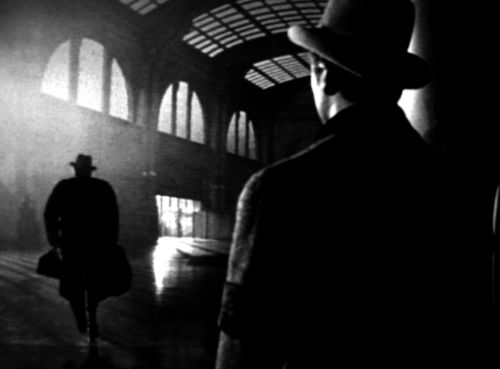 Welles’s mastery of film grammar is so complete that he is able to use complex sound editing, visual and lighting techniques and, (evident despite the studio hack job) editing work, without tipping his hand as a creator.  For example, his overlapping sound tracks involved a good deal of work and add tremendously to the film, but go unnoticed unless you’re looking for them.

My first reaction after Citizen Kane is the same as many people’s. It seemed like a really good movie, but I couldn’t figure out how it’d been canonized as The Greatest. It takes repeat viewings and slow repeat viewings to uncover Welles’s technique.  It’s a testament to his influence on Hollywood that mainstream viewers nearly 70 years later don’t find much unusual.

If God’s skill is evidenced by the ease in which we can imagine the creator’s non-existence, Orson Welles is the closest film’s come. 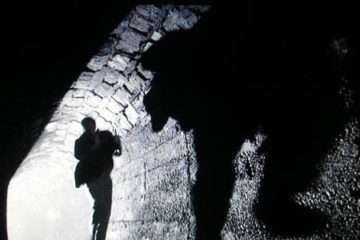