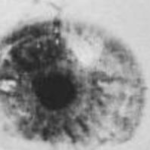 The Tyranny of the Camera

Dziga Vertov and the Kinoks sought to rebel against fictional film.  The camera’s eye would capture reality as it is, without human filtering – “the camera never blinks.”  The film opens with the statement: The camera is incapable of capturing something other than a stage.  If the cameraman doesn’t build one, the world will build itself into one.

Discussion on The Chris Matthews Show this weekend revolved around the ubiquitousness of video and the internet.  After “macaca,” Howard Dean’s scream and “cling to their guns and religion,” candidates are taught to be always in campaign mode.  There is no such thing as down time or off the record.

The presence of cameras everywhere a candidate goes has not resulted in a “more real” look at candidates.  Rather, the opposite has happened.  Sarah Palin is always playing the character Sarah Palin.  Those who lack the ability to perform 24-7-365 inevitably slip, cause a scandal, and are run out of a job.

And, thanks to the internet, we’re all celebrities now.  Your peccadilloes and unprofessional private time are now public, for any Google-savvy employer or customer to see.

Vertov’s camera transformed private moments – the birth of a child, for instance – into public moments.  By showing us how cameras can go anywhere, he showed us the coming age of the end of privacy and, by extension, social freedom.

There is the chance that society will simply become more tolerant of personal behavior.  One day, going to a party in college or dabbling in witchcraft as a teenager might not disqualify someone for a job.

Our surveillance society creates us all as characters in the internet’s giant drama of infinite cameras.

When Vertov turned the camera on the audience, he didn’t eliminate actors.  He just forced all of us to wear a mask.