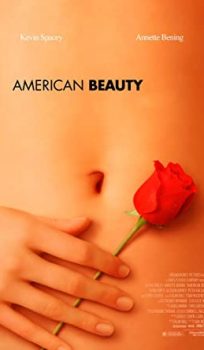 After his death sometime in his forty-third year, suburbanite Lester Burnham tells of the last few weeks of his life, during which he had no idea of his imminent passing. He is a husband to real estate agent Carolyn Burnham and father to high school student Janie Burnham. Although Lester and Carolyn once loved each other, they now merely tolerate each other. Typical wallflower Janie too hates both her parents, the three who suffer individually in silence in their home life. Janie tries to steer clear of both her parents. Carolyn, relatively new to the real estate business, wants to create the persona of success to further her career, she aspiring to the professional life of Buddy Kane, the king of the real estate business in their neighborhood. Lester merely walks mindlessly through life, including at his job in advertising. His company is downsizing, and he, like all the other employees, has to justify his position to the newly hired efficiency expert to keep his job. Things change for Lester when he falls in love at first sight with Janie’s more experienced classmate, Angela Hays. Both Janie and Angela can see Lester’s sexual infatuation with Angela, who courts such attention from any man as a sign that she is model material, she having once appeared in Seventeen and it a career to which she aspires. Lester’s infatuation with Angela gives him a reenergized view on life, where he openly doesn’t care anymore what anyone thinks about what he does, anyone except Angela. This infatuation coincides with the Fittses moving in next door: homophobic disciplinarian US Marine Colonel Frank Fitts who rules the house with a military fist (that fist being both figurative and literal), his semi-comatose wife Barbara Fitts, and their bright and quietly subversive eighteen year old son Ricky Fitts, who openly abides by his father’s rules while behind the scenes lives by his own quite different perspective. Much like Lester’s infatuation, Ricky immediately becomes infatuated with Janie, he who considers girls like Angela as ordinary. The entry of Angela and the Fittses into the Burnhams’ lives ultimately leads to each of the players confronting what is truly in his or her heart.