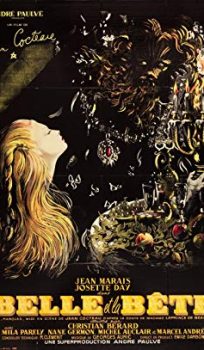 Beauty and the Beast

Adélaïde, Belle, Félicie and Ludovic are young adult siblings who once lived in grandeur until their father’s merchant ships were lost at sea. The family is now near ruin, but Adélaïde and Félicie nonetheless still squander away the family money on themselves and keeping beautiful, whereas Belle slaves around the house, doting on her father. Ludovic detests his two spoiled sisters, but is protective of Belle, especially with his friend Avenant, a handsome scoundrel who wants to marry Belle. Crossing the forest one dark and stormy evening, the father gets lost and takes refuge in a fantastical castle. Upon leaving, he steals a blossom off a rose bush, which Belle requested. The castle’s resident, an angry beast, sentences him to one of two options for the theft of the rose: his own death, or that of one of his daughters. As she feels she is the cause of her father’s predicament (despite her sisters asking for far more lavish gifts), Belle sacrifices herself to the beast. Upon arriving at the castle, Belle finds that the beast, whose grotesqueness she cannot deny, does not want to kill her, but wants to marry her and lavish her with riches. He does not force her, but he will ask her every night to marry him, these times the only ones when he will appear to her. She vows never to say yes. As Belle resigns herself to her mortal fate and looks deeper into the beast – whose grotesque exterior masks a kind but tortured soul – will her thoughts change? Meanwhile, Belle’s family, who learn of her situation, have their own thoughts of what to do, some working toward what they believe is Belle’s best welfare, and others working toward their own benefit.

Beauty and the Beast