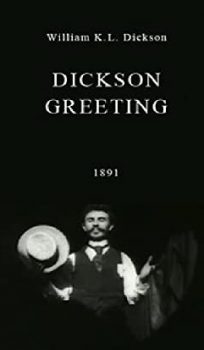 “A little while ago there was a great convention of women’s clubs of America. Mrs. Edison is interested in women’s clubs and their work and she decided to entertain the Presidents of the various clubs at the Convention. Edison entered into the plan, and when 147 club women visited his workshop he showed them a working model of his new Kinetograph, for that is the name he has given to the most wonderful of all his wonderful inventions. “The surprised and pleased club women saw a small pine box standing on the floor. There were some wheels and belts near the box, and a workman who had them in charge. In the top of the box was a hole perhaps an inch in diameter. As they looked through this hole they saw the picture of a man. It was a most marvellous picture. It bowed and smiled and waved its hands and took off its hat with the most perfect naturalness and grace. Every motion was perfect. There was not a hitch or a jerk. No wonder Edison chuckled at the effect he produced with his Kinetograph.”