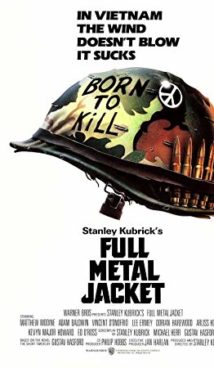 A two-segment look at the effect of the military mindset and war itself on Vietnam era Marines. The first half follows a group of recruits in boot camp under the command of the punishing Gunnery Sergeant Hartman. The second half shows one of those recruits, Joker, covering the war as a correspondent for Stars and Stripes, focusing on the Tet offensive.

Don’t Trust Anyone in ‘A Taste of Evil’ http://dlvr.it/RdKLfj

Movies to Watch if You Like ‘An American Pickle’ http://dlvr.it/RdKCmf