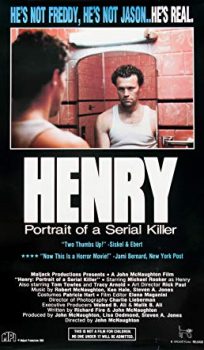 Henry: Portrait of a Serial Killer

Loosely based on serial killer Henry Lee Lucas, the film follows Henry and his roommate Otis who Henry introduces to murdering randomly selected people. The killing spree depicted in the film starts after Otis’ sister Becky comes to stay with them. The people they kill are strangers and in one particularly gruesome attack, kill all three members of a family during a home invasion. Henry lacks compassion in everything he does and isn’t the kind to leave behind witnesses – of any kind.

Henry: Portrait of a Serial Killer