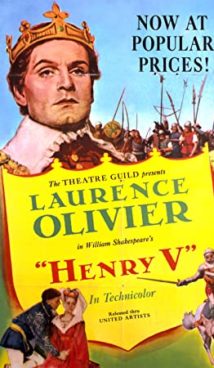 In the inspired Olivier concept, Shakespeare’s play begins as a performance in the Globe Theatre, shifting in broad cinematic terms to an epic narrative of Henry V, who had developed from a dissolute youth to a purposeful monarch. Proving his ability as a soldier and skillful leader, he unites the dissident factions in the English army and goes on to crush the French, against enormous odds, at Agincourt. Arranging a treaty with the French court, he woos Princess Katharine to whom he is formally betrothed as part of the peace agreement.

READ: The Dark Side of Henry V