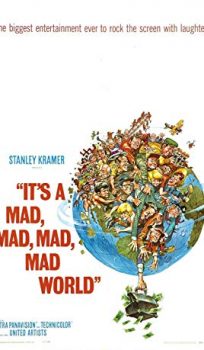 After a long prison sentence Smiler Grogan is heading at high speed to a California park where he hid $350,000 from a job 15 years previously. He accidentally careens over a cliff in view of four cars whose occupants go down to help. The dying Grogan gives details of where the money is buried and when the witnesses fail to agree on sharing the cash, a crazy chase develops across the state.