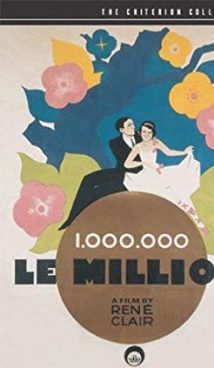 Michel, a Parisian artist, is being hounded by numerous impatient creditors. To make things worse, when he is embracing the woman whose portrait he is painting, he is surprised by his indignant fiancée Béatrice. Suddenly, Michel learns that he holds the winning ticket in the Dutch Lottery. But when he goes to retrieve the ticket from the pocket of his jacket, he finds that Béatrice has given the jacket to a stranger who was in need. Now everyone has a keen interest in finding that jacket.

@tcm My drawing of Steve McQueen. You can catch his films all day today on @TCM as part of Summer Under the Stars!

"Cinema is my home. I think I've always lived in it." - #AgnèsVarda

In: Mickey: The Forgotten Blockbuster

[…] Kubrick seems to indict consumerism as a form of v...

In: Salò and Eyes Wide Shut

Just read East of Eden and while Steinbeck is a hugely ta...

In: D. W. Griffith and the “Numinous Chinaman”

In: Peeping Tom & The Male Gaze

My thoughts almost exactly. From the obvious fascist noti...

In: Metropolis: A Proto-Fascist Anti-Utopia