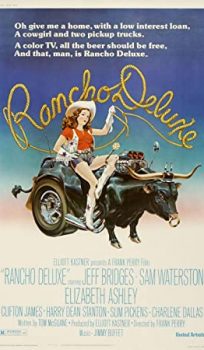 Jack McKee (Jeff Bridges) and Cecil Colson (Sam Waterston) are bumbling drifters who make a living by rustling cattle in the wilds of Montana. Jack left his wealthy parents because he resented their posh lives. Cecil is of Caucasian and Native American descent seeking his own path in life away from his grumpy cowboy father (Joe Spinell). Both Jack and Cecil hustle and rustle their way in the world by targeting cattle owned by wealthy ranch-owner John Brown (Clifton James). Frustrated that someone is killing his cattle, John hires a pair of ranch hands, Burt and Curt (Richard Bright and Harry Dean Stanton), to find the rustlers. When Brown realizes he cannot trust his two inept ranch hands, he turns to the grizzled former rustler Henry Beige (Slim Pickens) to find the cattle thieves. Jack and Cecil always stay a step ahead of their pursuers, not realizing that their luck must run out sometime.