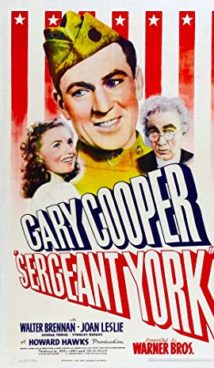 A hillbilly sharpshooter becomes one of the most celebrated American heroes of WWI when he single-handedly attacks and captures a German position using the same strategy as in turkey shoot.

Why Dead Birds are the Ultimate Warning Sign http://dlvr.it/RbMvLt