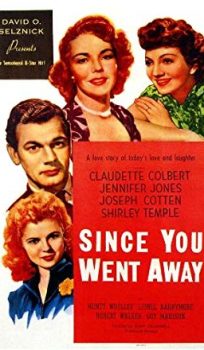 Since You Went Away

While husband Tim is away during World War II, Anne Hilton copes with problems on the homefront. Taking in a lodger, Colonel Smollett, to help make ends meet and dealing with shortages and rationing are minor inconveniences compared to the love affair daughter Jane and the Colonel’s grandson conduct.

Since You Went Away