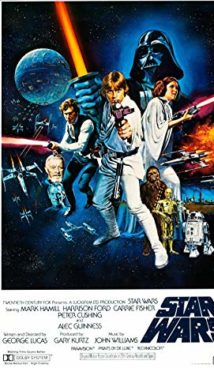 The Imperial Forces, under orders from cruel Darth Vader, hold Princess Leia hostage in their efforts to quell the rebellion against the Galactic Empire. Luke Skywalker and Han Solo, captain of the Millennium Falcon, work together with the companionable droid duo R2-D2 and C-3PO to rescue the beautiful princess, help the Rebel Alliance and restore freedom and justice to the Galaxy.

How Filmmakers Use the Binary of Black-And-White http://dlvr.it/Rb3t4d

Introduction to Film History Can Start at an Early Age http://dlvr.it/Rb3Rt4

'Relic' is the Chilling Horror Movie We Need title_ext http://dlvr.it/Rb34V8

Want to Break Your Brain? Watch ‘A Mind Sang’ http://dlvr.it/Rb2hsF

28 “New” Movies to Stream for Free in July that Aren’t Hamilton title_ext http://dlvr.it/Rb1pm0