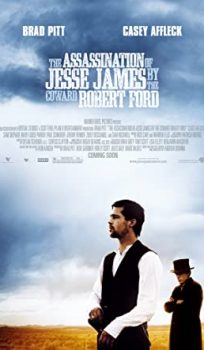 The Assassination of Jesse James by the Coward Robert Ford

Taking place in the American Northwest in the early 1880s, the film dramatizes the last seven months in the life of famed outlaw Jesse James, beginning with the Blue Cut train robbery of 1881 and culminating in his assassination at the hands of Robert Ford the following April. In the time between these two fateful events, the young and jealous Ford befriends the increasingly mistrustful outlaw, even as he plots his demise.

The Assassination of Jesse James by the Coward Robert Ford

"If you are doing something outside of dominant culture, there's not an easy place for you. You will have to do it yourself." - Ava Duvernay

The monumental model is the fourth, final, and only surviving version of the shark model derived from the original Jaws mold.
#Jaws #moviememorabilia