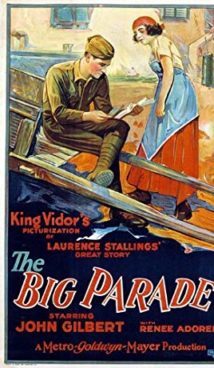 The idle son of a rich businessman joins the army when the U.S.A. enters World War One. He is sent to France, where he becomes friends with two working-class soldiers. He also falls in love with a Frenchwoman, but has to leave her to move to the frontline.