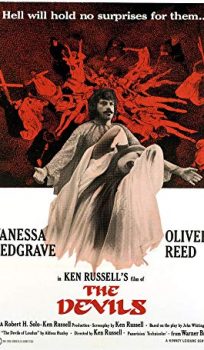 Cardinal Richelieu and his power-hungry entourage seek to take control of seventeenth-century France, but need to destroy Father Grandier – the priest who runs the fortified town that prevents them from exerting total control. So they seek to destroy him by setting him up as a warlock in control of a devil-possessed nunnery, the mother superior of which is sexually obsessed by him. A mad witch-hunter is brought in to gather evidence against the priest, ready for the big trial.

The top ten movies at the top of the all-time box office chart. 📽️