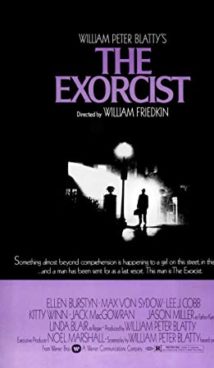 A visiting actress in Washington, D.C., notices dramatic and dangerous changes in the behavior and physical make-up of her 12-year-old daughter. Meanwhile, a young priest at nearby Georgetown University begins to doubt his faith while dealing with his mother’s terminal sickness. And, book-ending the story, a frail, elderly priest recognizes the necessity for a show-down with an old demonic enemy.