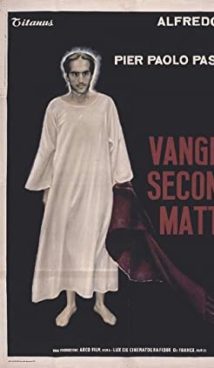 The Gospel According to St. Matthew

Along a rocky, barren coastline, Jesus begins teaching, primarily using parables. He attracts disciples; he’s stern, brusque, and demanding. He comes to bring a sword, not peace, he says. He’s in a hurry, moving from place to place near the Sea of Galilee, sometimes attracting a multitude, sometimes being driven away. His parables often take on the powers that be, so he and his teachings come to the attention of the Pharisees, the chief priests, and elders. They conspire to have him arrested, beaten, tried, and crucified, just as he prophesied to his followers. After he dies, he appears to his disciples and gives them final instructions.