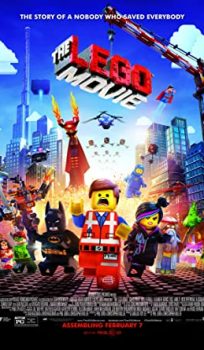 The LEGO Movie is a 3D animated film which follows lead character, Emmet a completely ordinary LEGO mini-figure who is identified as the most “extraordinary person” and the key to saving the Lego universe. Emmet and his friends go on an epic journey to stop the evil tyrant, Lord Business.