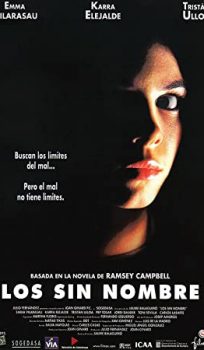 The mutilated body of a six year old girl is found in a water hole. The girl is identified as the missing daughter of Claudia. However, only two pieces of evidence could be used to identify her; a bracelet with her name on it near the crime scene, and the fact that her right leg was three centimeters longer than her left. All other methods of identification were removed from her body. Five years later Claudia, now addicted to tranquilizers, receives a phone call from someone claiming to be her daughter, asking for her mother to come find her before ‘they’ kill her. Other mysterious clues show up, further indicating that Claudia’s daughter is indeed still alive, and very much in danger. Claudia, a run-down ex-cop, and a parapsychology reporter put together the clues to discover Angela’s whereabouts.