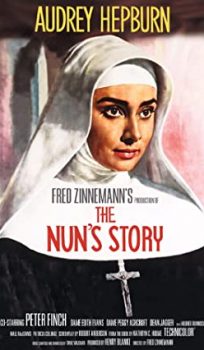 In 1930 Belgium, Gabrielle van der Mal, stubborn daughter of prominent surgeon Dr. Hubert van der Mal, decides to leave her upper-class family to enter a convent, expecting to work as nun in the Congo with tropical diseases. She says good-bye to her sisters Louise and Marie, her brother Pierre, and her beloved father and subjects herself to the stringent rules of the retrograde institution, including interior silence and excessive humility and humiliation. After a long stint working in a mental institution, Gaby/Sister Luke is finally assigned to go to the Congo, where she works with cynical but brilliant atheist Dr. Fortunati. Sister Luke proves to be a very efficient nurse and assistant, and Dr. Fortunati miraculously heals her tuberculosis. Years later she is ordered to return to Belgium, and when her motherland is invaded by the Germans, she learns that her beloved father was murdered by the enemy while he was helping wounded members of the resistance. Sister Luke finally decides to leave the religious life since she is unable to feel neutral against the invaders of her country.