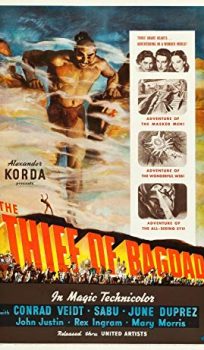 The Thief of Bagdad

In Bagdad, the young and naive Sultan Ahmad is curious about the behavior of his people. The Grand Vizier Jaffar convinces Ahmad to walk through the city disguised as a subject to know his people. Then he seizes the power telling to the inhabitants that Ahmad has died while he sends his army to arrest the Sultan that is thrown into the dungeons and sentenced to death. Ahmad befriends the young thief Abu that helps him to escape from the prison. They flee to Basra and plan to travel abroad with Sinbad. However Ahmad stumbles upon the beautiful princess and they fall in love with each other. But the evil Jaffar has also traveled to Basra to propose to marry the princess. When they see each other, Jaffar uses magic to blind Ahmad and turn Abu into a dog. Is their love doomed?

The Thief of Bagdad 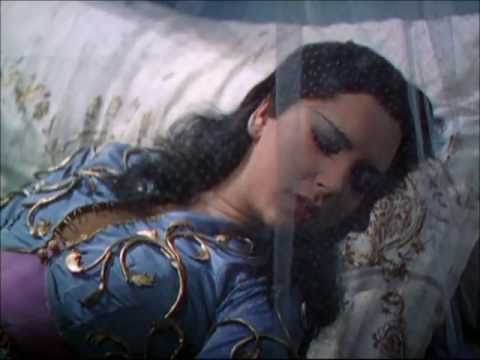