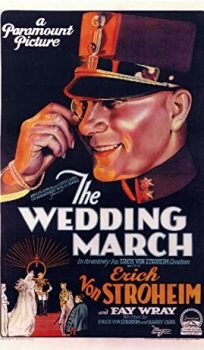 Prince Nikki, Lieutenant of the Guard in pre WWI Vienna, is flat broke, but the only advice he gets from his parents is either to shoot himself or to marry money. During the Chorpus Christi parade his horse accidentaly hurts poor Mitzi, the daughter of inn-keepers in a Viennese suburb, who is, according to the wishes of her parents, going to marry the butcher Schani. When Nikki visits her at the hospital, they fall in love, much to the dislike of her parents and Schani. Nikki’s parents, meanwhile have arranged a prospective marriage with Cecilia, the limping daughter of a very rich non-aristocratic industrial. Due to the fact, that Nikki’s father is a general in the Austrian-Hungarian Army, resitance is useless. When Mitzi, after hearing of it, is still refusing Schani’s proposal, he vowes to shoot Nikki when he leaves the church.