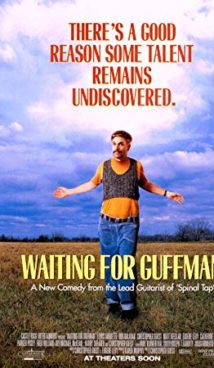 A town of Blaine, Missouri is preparing for celebrations of its 150th anniversary. Corky St.Clair, an off-off-off-off-off-Broadway director is putting together an amateur theater show about the town’s history, starring a local dentist, a couple of travel agents, a Dairy Queen waitress, and a car repairman. He invites a Broadway theater critic Mr. Guffman to see the opening night of the show.