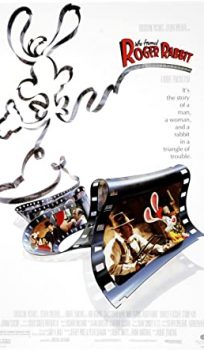 ‘Toon star Roger is worried that his wife Jessica is playing pattycake with someone else, so the studio hires detective Eddie Valiant to snoop on her. But the stakes are quickly raised when Marvin Acme is found dead and Roger is the prime suspect. Groundbreaking interaction between the live and animated characters, and lots of references to classic animation.

"My dear anonymous letter writers, if you think it is so easy to be a critic, so difficult to be a poet or a painter or film experimenter, may I suggest you try both? You may discover why there are so few critics, so many poets." - Pauline Kael