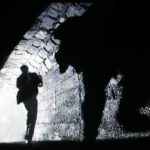 Many sci-fi films are anti-utopias.  Each is a description of a would-be utopia that, due to internal flaws, doesn’t work. Animal Farm critiques Stalinism, The Great Dictator critiques Nazism, and Metropolis critiques both.  Each also provides a solution – a replacement utopia, if you will.

Orson Welles’s adaptation of Franz Kafka’s The Trial breaks this mold by calling into question the possibility of utopias in general.  The Enlightenment project tore down old idols, but merely replaced them with new ones – the story is that theocracy and superstition gave way to nationalism and empiricism.  The utter and horrific failures of both were demonstrated quite vividly in world history.

In the same manner, Welles’ calculated deviations from Kafka’s novel push this dark tale firmly into the post-modern age. Kafka’s Trial is usually interpreted as a metaphor for totalitarianism, bureaucratic governance, industrial society and their isolating, atomizing injustice. Welles’ film contains these elements but also stresses more personal forms of alienation and domination….

In a marvelous little deviation, Kafka’s parable of the guarded door to the Truth is not told by a domineering priest but through an animated educational filmstrip operated, of course, by Welles himself. – Benjamin Kerstein, Senses of Cinema 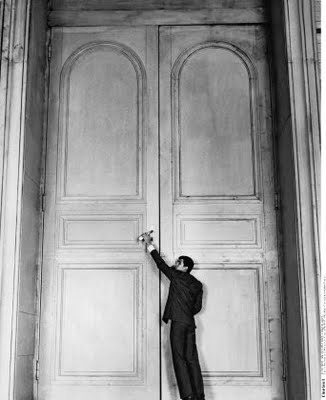 The Trial isn’t a work of anti-nationalism or anti-empiricism as other dystopic works would be.  It doesn’t tear down the Towers of Babel, but rather steps back and points out how absurd the whole thing is in the first place.  The Trial is a work of post-structuralism and post-utopianism.

Kafka’s world is a fundamentally absurd place that defies explanation or prescription.  The only way to “the law” is an individual doorway, that can’t be shared or mapped onto society as a whole.  And Kafka’s hopelessness has the way to truth eternally blocked.

The Marxist or priest or ordinary, common sense man who tries to navigate the world with consistency is frustrated.  The legal system is nothing like the one Joesph K. imagines must exist.  He can never reason his way to the law just as he can never build his way to Heaven. 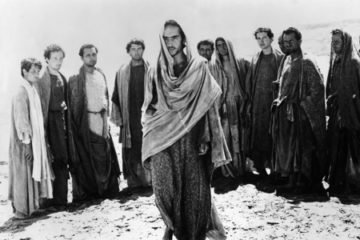