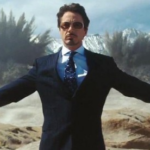 I’m a fan of superhero films. But the genre has gotten mired in a disturbing trend that needs to be discussed.

Ten years ago, I had the opportunity to tour the Vatican Museums. The collections were displayed in chronological order, and they told a fascinating story as I walked from room to room.

The art from the classical worlds of Greece and Rome portrayed powerful gods, goddesses and titans. To my memory, no one lower than the level of demigod was given a statue. The stories of the super-beings were privileged far above those of us regular humans. They were depicted as conquerors and athletes, ruling and destroying. When Christianity took hold, the script was reversed in the most dramatic way possible. Now, the art depicted suffering and sorrow. The stories of impoverished ethnic minorities were put on display. The only God was one who was a man, and who was crucified.

A tour through a museum of Hollywood might tell this story in reverse. It began telling about the lives of tramps, downtrodden orphans, slaves, and plucky underdogs. Now, cinema’s most popular genre focuses almost exclusively on those born into great power and wealth — and those of us without powers are invisible.

David Wong put it well in his 2013 essay ‘The 5 Ugly Lessons Hiding Inside Every Superhero Movie:’

“Harry Potter was born with wizard genes, Luke was born with the Force. But in both cases, they had to train their ass off to have a chance.

Superman, on the other hand, had superhuman strength from infancy — he did not have to lift a bunch of asteroids to build those muscles. Tony Stark inherited his money, and whatever he’s done to keep it, the films go out of their way to make it clear that his life is easy — he has tons of spare time and lots of fun hobbies. Yeah, Bruce Wayne spent a few scenes training with mountain ninjas, but everything he accomplishes as Batman is done purely with his wealth — his multimillion-dollar car, a state-of-the-art cape that lets him fly, expensive surveillance technology — right up until he rides off into the sunset in his military-grade flying machine.” Look at Avengers: Infinity War. Literally half the human population is wiped out. But you don’t see any of that. The sidequests of the gods are given more screentime than the deaths of 3.8 billion mortal earthlings.

The X-Men films take an interesting tack in that superheroes are discriminated against rather than worshiped like they are in the Marvel Cinematic Universe or the D.C. films. Although it strains plausibility to believe that Americans would punish power rather than reward it, it’s still a good effort at telling a different type of story.

Magneto begins as the most sympathetic of characters, and his story follows the classic underdog archetype. But the focus uncritically remains on him even as he morphs into a villain. The audience is encouraged to feel his pain, but never the pain of the innocent non-mutants he murders.

Professor Xavier’s school promises to shelter mutants from the world – but it only protects the powerful. There’s no room in his school for mutants without power. People born with Down Syndrome, or Fragile X are certainly more at risk of discrimination and harm than someone with laser vision or telekinesis. But Xavier shows no concern for the welfare of people with mutations that might be detrimental rather than beneficial.

Pixar’s The Incredibles is the most serious offender. Its characters explicitly espouse the view that the non-powerful people aren’t special, and don’t matter as much as the powerful do. The Nietzschean, Ayn Randian “Supers” all have innate, inherited talent, while the villains try to better themselves to become their equals.

Superhero movies don’t necessarily have to be this way. Westerns were once criticized in this same manner, but they grew up and grew more complex. John Ford critiqued the nature of power and violence in The Searchers and The Man Who Shot Liberty Valance, among others. In the 21st Century, the line between revisionist Western and regular Western has virtually disappeared.

So far, the only mainstream superhero film to take the challenge head-on has been Zack Snyder’s 2009 Watchmen. It has a cynical take on how people with power are actually treated in society, and throws mud on the idea they are somehow morally superior beings or that their lives matter more.

Captain America: Civil War had a storyline about collateral damage, and the Spider-Man series continues to include valuable non-super characters. But these are the rare exceptions. For most Hollywood comic book films, only the powerful count.