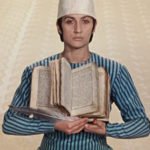 Sayat Nova aka The Color of Pomegranates (1968) – dir. Sergei Parajanov

The Color of Pomegranates is an illustrated poem. It has no narrative. A voice speaks the words of the 18th Century Armenian poet Sayat-Nova, and on-screen we see “living pictures” (tableau vivant) in the style of medieval Armenian manuscript art. 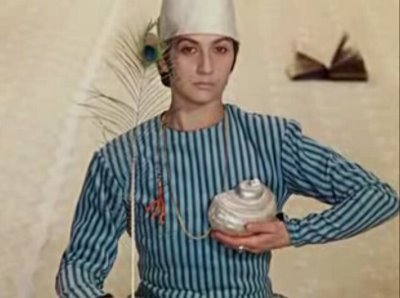 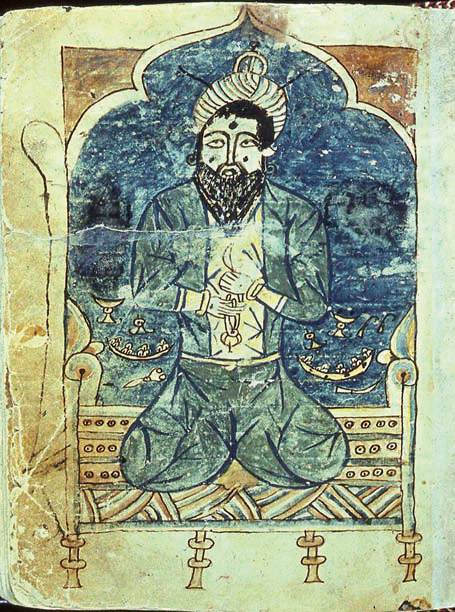 In 1915, the Ottoman Empire began its murder at least an estimated 800,000 to 1,800,000 Armenians in the first modern genocide. They flattened towns, destroyed churches and put an end to the culture in large parts of the Armenian homeland. 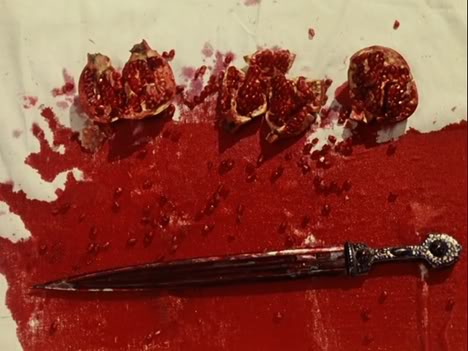 In 1920, the Soviet Union took control of the Democratic Republic of Armenia. Like most outsider ethnic groups out the outskirts of the Soviet Union, Armenians were treated as second-class citizens.

In the 1960’s, Armenians embarked on a cultural and national revival. Mass demonstrations in 1965 at Yerevan – an exceptionally rare occurrence in the U.S.S.R. In 1968, Armenian director Sergei Parajanov released this film, also titled The Color of Pomegranates. It celebrates a great Armenian poet with Armenian symbols at a time ‘when Armenia was Armenia.’ 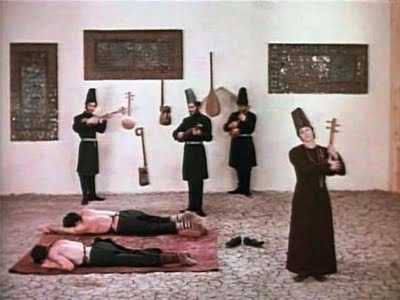 Parajanov’s themes did not fit into the Soviet model, and his highly stylized work did not meet the rationalistic mandates of Soviet Realism. He was sent to a hard labor camp and wasn’t released until years of pleas from western artists embarrassed the Soviet leadership. 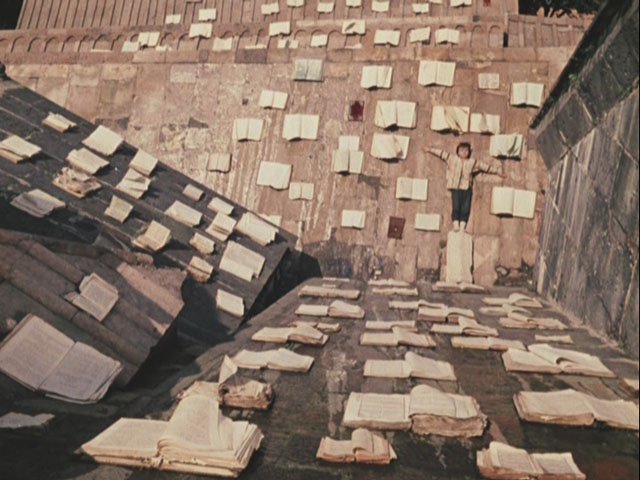 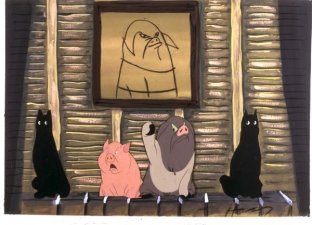 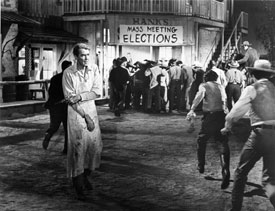