Scarface and the Hays Code 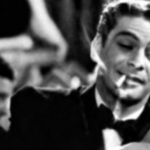 Scarface and the Hays Code

The Hays Code wasn’t technically in effect when Scarface was released, but the tide of censorship was rising.  Hawks stayed close to the line of acceptability, but he was always on the side that would allow him to show his picture.

Perhaps no part of the Hays Code had more effect on the art of motion pictures than the line:

“These shall never be presented in such a way as to throw sympathy with the crime as against law and justice or to inspire others with a desire for imitation.”

Because Hollywood wasn’t about to abandon crime as a subject, criminals always had to be presented as tragic figures, who were doomed to failure — with Fate standing in for the Code.  That one line helped invent noir and determined the tone of the emerging genre of the gangster picture.

Brian De Palma’s 1983 remake breaks nearly every one of the Code’s mandates (“Brutal killings are not to be presented in detail.”  “Illegal drug traffic must never be presented.”  “Excessive and lustful kissing, lustful embraces, suggestive postures and gestures, are not to be shown.”  “Pointed profanity (this includes the words, God, Lord, Jesus, Christ – unless used reverently – Hell, S.O.B., damn, Gawd), or every other profane or vulgar expression however used, is forbidden.”  “The history, institutions, prominent people and citizenry of other nations shall be represented fairly.”  and of course, “The use of firearms should be restricted to the essentials.”), but it keeps intact the tragedy of the outlaw.

The titles preceding the film do their best to justify the violence (mostly off-screen) that Hawks’s Scarface does have.

Modern gangster fair, including The Departed and American Gangster, uses the same slapped-on moral to excuse what audiences really go to the theater for: risk-free fantasy role-playing.

Because no matter how grotesque Hawks made Paul Muni’s Tony Camonte out to be, and no matter how many times the censors tweaked the plot, we still spend most of the film wondering what it would be like to be a big-time booze smuggler.