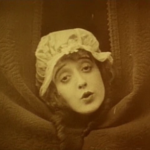 Quick: Name America’s most popular silent film. No, it’s not anything by Charlie Chaplin. Not Buster Keaton or Harold Lloyd either. Film students might answer The Birth of a Nation, but if we judge by ticket sales, that’s wrong too. Mickey, a film starring comedian Mabel Normand, was by far the most-seen and most popular [...] 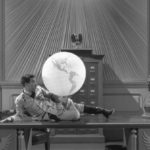 The Apotheosis of Adolf was a project started by the Nazis and continued in the popular imagination by casting him as a malevolent deity. Hitler’s plans for Germany didn’t work out, but his egotistical desire to become a Wagnerian god has.
The real Nazi party was a disorganized mess, and Hitler only achieved the military success he did through luck rather than some sort of genius. Yet popular historiography simply perpetuates the self-glorifying mythos he created.