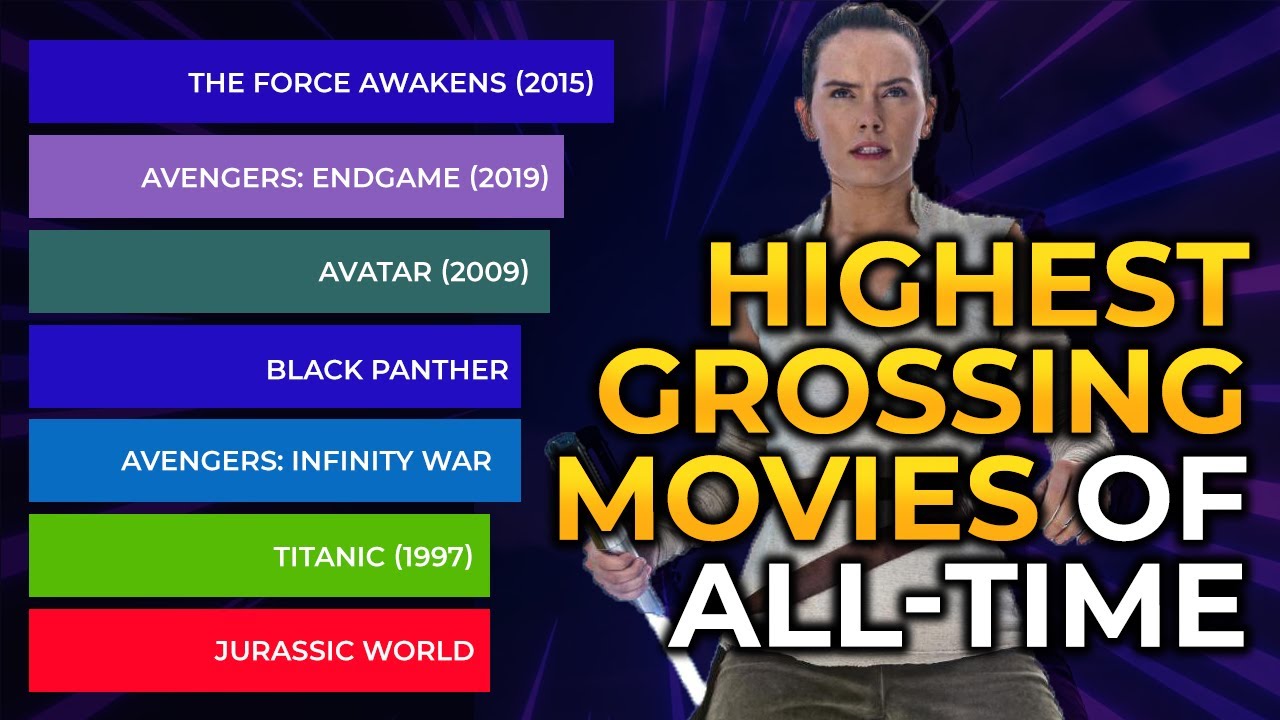 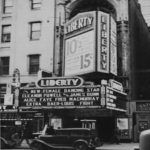 D. W. Griffith’s evil, racist film The Birth of a Nation is widely regarded as the most popular silent movie ever made. I believe this reputation is based on a misinterpretation of its box office records.

The Birth of a Nation indeed made an awful lot of money. It had an estimated $18 million gross by the end of 1921, and until Gone with the Wind, it held the record for the highest-grossing film of all time.

Most movies of the 1910s were distributed the way they are now. A studio would rent prints to theaters across the country, and those theaters would split the box office revenue with the studio.

But Birth of a Nation charged $2 for most seats, sixteen times what movie-goers were used to paying. That’s the equivalent of a theater charging $148 a ticket today.

How did it get away with this?

The Birth of a Nation wasn’t the first film to charge such high prices. Tickets for the 1914 Italian epic Cabiria ranged from 25¢ to $2. So it followed that film’s successful pattern.

The producers told the public this was no ordinary movie. This movie was a spectacle — a film that could only be appreciated in a particular type of quality theater — at quality prices.

The studio built up a tremendous amount of advance buzz, with screenings in Los Angeles and at the White House for President Woodrow Wilson. Then for its first few years of release, Birth of a Nation was shown only in upscale locations like New York’s Liberty Theater and similar places in San Francisco and Los Angeles. By January 1916, it had been distributed to only twelve locations but had sold more than $2 million in tickets.

The producers eventually did lower their standards for qualifying theaters (unofficially, of course!), and the film gained wider distribution in larger and mid-size cities across the country. Ticket prices weren’t always $2, but they were still much higher than tickets for the other movies playing in town.

So The Birth of a Nation made more money than most silent films by selling fewer actual tickets.

It’s impossible to know precisely how many tickets The Birth of a Nation sold. Many reports have grossly exaggerated its popularity — but we do have some contemporary estimates.

Ticket sales began to slow at this point, but they continued to trickle in. All tickets from 1915 to 1927 were between 25¢ and $2, with most on the higher end. If we estimate an average of $1 a ticket, we find the film sold 18 million tickets by the end of the silent era.

The 1914 Western The Spoilers sold an estimated 17.5 million tickets in its first year; a re-release sold about 13.3 million more.

When counted by the number of tickets sold, The Birth of a Nation is #12 on the list of most popular films from the silent era.

Popular? Very. But it’s not the unparalleled hit many historians make it out to be.

Stokes, Melvyn. D.W. Griffiths The Birth of a Nation: a History of the Most Controversial Motion Picture of All Time. New York: Oxford University Press, 2008. https://books.google.com/books?vid=ISBN9780198044369

Also Read: The Movie We Don’t Want to Talk About 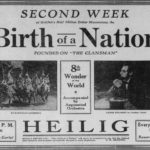 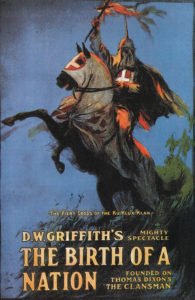 This year marks the 150th anniversary of the end of the Civil War, and the 100th anniversary of the birth of Hollywood. That’s no coincidence. The first true blockbuster – the movie that helped create the modern industry – was director D. W. Griffith’s The Birth of a Nation. If it had been any other film, the movie industry would be celebrating 2015 as a Jubilee Year, complete with historical programs and special Blu-Ray box sets. But instead, the anniversary has been met mostly with silence.

A few critics wrote about the film’s dark legacy when the anniversary of its release passed in February. I thought about writing something, but decided against it. I wanted to ignore it, and pretend it didn’t happen.

But the attack on the African Methodist Episcopal Church in Charleston, South Carolina last week made me re-think that decision. The killer in Charleston- like thousands of white supremacist terrorists before him – made use of propaganda and symbols popularized by Birth of a Nation. How can I help fight these ideas if I don’t talk about them?

Based on the novel The Clansman, Birth of a Nation features reenactments of the Civil War that paint the Confederacy in the best possible light. After the war, it portrays Reconstruction as tyranny, and climaxes with the Ku Klux Klan riding in to save the city from black men (played by white actors in blackface) who are trying to rape white women. 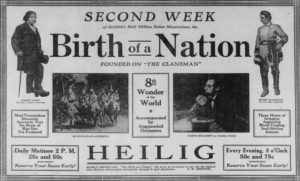 The movie was a huge hit. An enormous hit. It may have sold as much as $60 million in tickets in its first run — that’s in 1915 dollars. The Ku Klux Klan had been disbanded in 1872. But in 1915, the filmmakers organized Klan marches and balls organized around the film. But what began as a movie promotion turned real that fall, when the Klan was reorganized in Georgia. The original Klan didn’t have standard uniforms and didn’t burn crosses. The new Klan took these elements from Birth of a Nation and made them the standard symbols of terror that are now known across the world.

We screened Birth of a Nation in the first film class I took, as a freshman. Our instructor warned us about the racism we would see, but told us to look past it and focus on the filmmaking techniques Griffith used. As a senior, I took an African Americans in Film class. This instructor refused to screen it, and said the movie’s importance had been exaggerated by white critics.

Maybe so. But Birth of a Nation’s place in film history goes far beyond its success at the box office. It was the first masterpiece; it codified the grammar that will be used forever; it created an entire art form. Roger Ebert best sums up the way it is generally regarded:

Ignoring the film is impossible. So, what do we do with this history of evil? 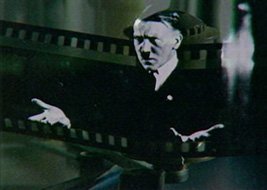 In the 1980’s and 1990’s French filmmaker Jean-Luc Godard made a series of television programs called Histoire(s) du Cinéma. It splices together scenes and frames from decades of films, overlaid with a track of Godard musing on various themes or (because Godard is quintessentially French) occasionally the voice of a skinny girl reading poetry in a garden.

Although in many ways, the project is a celebration of cinema, Godard bluntly implicates the art form as complicit in the worst horrors of the past century. Would the Nazis have been as effective without their mastery of film? “Murnau and Freund invented the lighting of Nuremberg when Hitler didn’t even have been money in the Munich bars,” Godard says.

Evil is part of cinema, in the present, past and future. We can’t ignore it, and it’s impossible to simply extract and throw away.

I’m caught up in this film. The movie is racist. Does this mean I’m racist?

Griffith’s mastery of his art is so complete that it is impossible not to be engrossed in his storytelling. How can you not sympathize with the poor, downtrodden Camerons? This creates in uncomfortable feelings and questions for most white viewers. 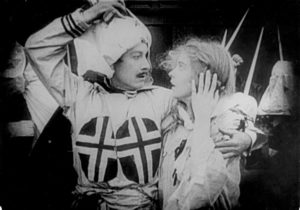 A shortcut out of the unease is to minimize the evil. Birth of a Nation star Lillian Gish defended Griffith against charges of racism, saying “But Mr. Griffith loved the Negro,” and similar nonsense. Silent film popularizer Joe Franklin put the blame on people who somehow found the pro-Klan movie racist:

“Griffith certainly did not set out to make a biased film, and indeed most of the incessant storm that has continued ever since has been whipped up and sustained not by Negro interests but by political interests–ironically, the same sort of circumstance which caused the unrest in the South in the first place!”” 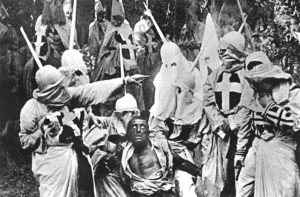 This sort of thinking isn’t unique to Birth of a Nation. Nazi filmmaker Leni Riefenstahl has spent decades trying to rehabilitate her image, even making the absurd claims that Triumph of the Will and Olympia were not fascist propaganda at all, but relatively straightforward documentaries.

This is why we need to teach film in public schools.

More now than at any time since the invention of the printing press, the West is an audio-visual culture. Teenagers coming out of high school are voting and buying guns for the first time. They need to understand that just because a film (or a YouTube video) makes something feel right doesn’t mean it is right. If they’re never told the story of Birth of a Nation, they won’t get that lesson. 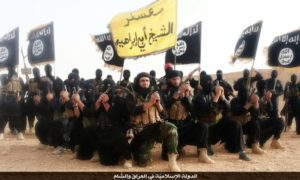 If Godard wished to continue exploring cinema’s sins, he would have ISIS’s Hollywood production techniques to use as examples. Some critics have compared their propaganda videos to 1990’s action films; I watched the disturbing video of James Foley’s execution as part of my job, and the cut and horrifying tracking shot reminded me of Hitchcock.

ISIS is using filmic techniques to recruit young people to terrorism in exactly the same way the KKK does. A basic understanding of these techniques can help arm our young people against the power of propaganda. They need to see and hear the ways in which great art can serve great evil. 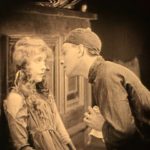 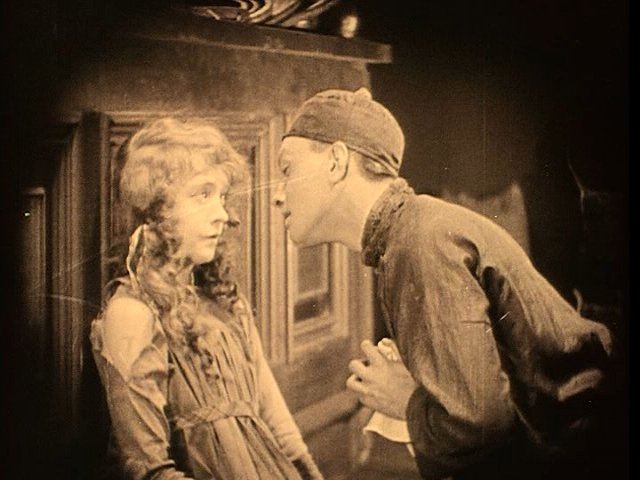 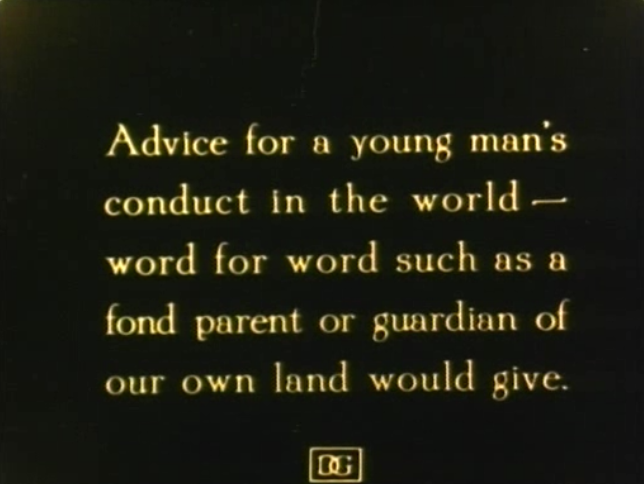