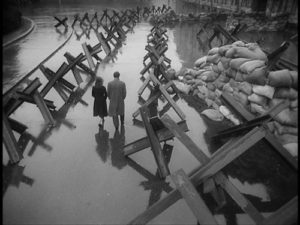 The Cranes are Flying is a Soviet film released a little more than a decade after the end of The Great Patriotic War, and four years after the death of Joseph Stalin. It was only well after Stalin’s death, under the protection of Khrushchev’s thaw, that director Mikhail Kalatozov was safe to make the film. The Cranes are Flying would have bothered Stalin. It’s not unpatriotic — instead, it’s patriotic in the wrong way. Under Stalin, Soviet films portrayed the war as a glorious victory, with the common people and the nation’s strong leader working hand-in-hand to defeat the Nazis. (American and British films largely did the same during this decade.) 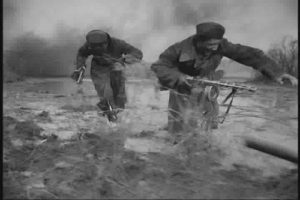 But The Cranes are Flying skips the victory. It exposes the war as a tragedy – one that killed about 1 in 10 Russians. The battle scenes show soldiers trudging along in misery, and being killed for no clear reason. It shows the people at home suffering through no fault of their own, denied even the halo war widows are given in the novels.

The Cranes are Flying coalesces this suffering into a single character. Veronica may have lost her only true love in the war. She has also lost her home, her family, her self-respect, her social standing and has undergone tremendous trauma. She moves through wartime Russia as almost a non-person. She keeps her pain inside of her. 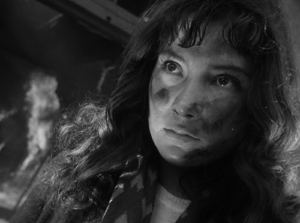 Then the film climaxes, and Veronica lets it all out. Her pain is transformed into a pain of victory, and is identified with the greater Russian cause.

Some leftists saw the film as anti-war. I disagree. Much like Saving Private Ryan, it acknowledges the horror and pointlessness of war, but without denigrating the cause. The movie legitimizes the trauma of the Russian people, and encourages them to see their pain as an act of patriotism, rather than a cause for discontent against the ruling regime. 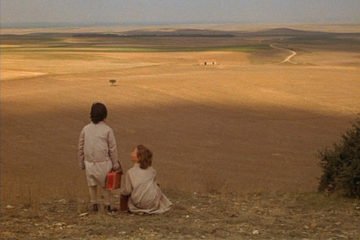 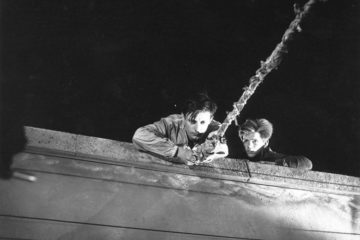 Bresson’s Focus on Action in A Man Escaped