The Dark Side of Henry V 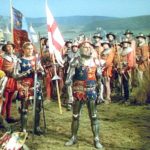 The Dark Side of Henry V

Laurence Olivier’s 1944 Technicolor adaptation of Henry V is widely regarded as the play’s defining performance for popular audiences. Henry is a chivalrous king who inspires his men to victory. It is a terrific film, with bold technicolor, inventive storytelling and a fascinating design based on images from the Très Riches Heures. But Olivier’s wartime interpretation leaves out a darker side to Shakespeare’s character. 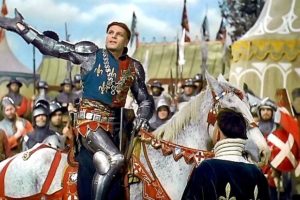 Olivier sought financing from the British government by positioning his production as a piece of propaganda. He included this epilogue:

“To the commandoes and airborne troops of Great Britain, the spirit of whose ancestors it has been humbly attempted to recapture in some ensuing scenes, this film is dedicated.”

Henry V had been used as a morale-booster for centuries. James Mardock traces the play’s stage performances in England through the Seven Years’, Napoleonic, Crimean and Boer Wars in his Internet Shakespeare Edition essay. Henry’s popularity was at its peak during times of war, naturally. Patriots wanted to see their nation’s war icon on the stage, and governments wanted a hero to inspire the troops.

Anglophones had a different view of Henry during Britain’s occasional periods of peace. Mardock cites George Bernard Shaw’s 1896 complaint about Prince Hal’s “jingoism” and Milton Shulman’s 1951 review of a stage performance in which Shulman said Henry was “a blend of St. George, Lancelot, the Lord Chamberlain and the boy scout who has done the most good deeds of the week.”

Henry V‘s popularity may have been at its lowest between the world wars. The first left Britain disillusioned with ideas of romantic battle. As the second was beginning,the BBC’s Dallas Bower pitched the idea of a Henry V film to the Ministry of Information. Despite the play’s centuries-long history as propaganda, the ministry was skeptical. Film historian Bruce Eder explains in the 1999 Criterion DVD commentary:

“After all, from one point of view, Henry starts a war by invading a country for base economic and political reasons, and justifies his action using an ancient territorial claim. All of this perhaps made Henry seem a bit too much like Adolf Hitler.”

And that’s not the only trouble with Henry.

In 2010, Supreme Court Justices Samuel Alito and Ruth Bader Ginsburg, joined with federal appeals judges, sat in judgment of Henry V at a mock trial hosted by the Shakespeare Theater Company in Washington, D.C.  (You can watch that trial here – and enjoy seeing the justices cutting up with the attorneys)

The court unanimously ruled that Henry V broke international law when he ordered the massacre of French prisoners at Agincourt. They agreed with Henry’s Welsh Captain Fluellen:

Kill the poys and the luggage? ‘Tis expressly against the law of arms. ‘Tis as arrant a piece of knavery, mark you now, as can be offert;, in your conscience, now, is it not?…[4.7.1-4]

Olivier left this order out of his production, as did most popular stagings of the play. It doesn’t sit well with a sympathetic portrayal of Henry. Neither does his threat to the people of Harfleur.

If not, why, in a moment look to see The blind and bloody soldier with foul hand Defile the locks of your shrill-shrieking daughters; Your fathers taken by the silver beards, And their most reverend heads dashed to the walls; Your naked infants spitted upon pikes, Whiles the mad mothers with their howls confused Do break the clouds, as did the wives of Jewry At Herod’s bloody-hunting slaughtermen. [3.3.33-41] 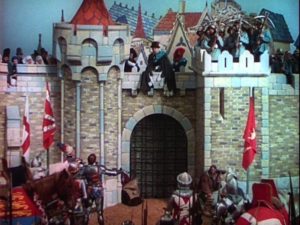 A traditional defense of historic crimes is that “things were different then” or that humanity’s past butchers were simply “products of their times.” (Defenses used most often in the United States at Confederate battlefields or on Columbus Day.) Shakespeare undercuts that argument in advance. He invokes Herod’s in reference to Harfleur, and Alexander the Great’s murders in reference to the massacre of the prisoners. [4.7.31-38] The mentions of ancient kings are meant to remind a playgoer that the slaughter of unarmed innocents has been considered unacceptable as far back as recorded history goes.

Olivier cuts this scene as well. Kenneth Branagh’s 1989 Henry V includes it, but undercuts the moment with a shot Henry’s face, showing relief at not having to follow through with his threat.

The postwar period has brought us stage interpretations of Henry that find sadism running through his entire life. (See Alternative Shakespeares 3, edited by Diana E. Henderson in 2007) They portray Prince Hal as a sarcastic and entitled youth. He spends his time in Eastcheap playing cruel tricks on his inferiors – and make the most of Hal’s Machiavellian speech at the end of Henry IV Part I’s Act I, Scene II.

Our ability to examine the same character through radically different lenses is one of the most cited reasons for the Bard’s current popularity. But can a single stage or screen performance capture the ambiguity in Henry’s character? 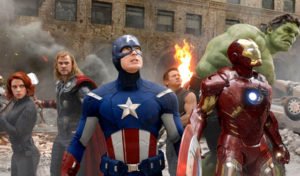 Since 9/11, the films that sell the most tickets are those with strong, morally straight heroes with superpowers and/or magic who don’t worry much about collateral damage.

But on television, we’re more similar to Shakespeare’s audience in our acceptance of ambiguous heroes and villains. Breaking Bad and Game of Thrones are the easiest examples to pick out.

BBC’s 2012 The Hollow Crown adaptation of Henry V directed by Thea Sharrock splits the difference. It includes Harfleur and the massacre of the prisoners, but these scenes are a jarring contrast with the rest of the series. In his other sections of the Henriad, Tom Hiddleston plays Hal as an affable prankster who grows into a noble leader concerned about the well-being of his soldiers. This leaves us unprepared for his episodes of viciousness in France, which are puzzling based on everything else Hiddleston has taught us about his character.

It’s a shame, because Shakespeare’s nuanced view of heroism reflects the way the West feels about the current War on Terror. We see ourselves as the Good Guys, who also sometimes do evil. And that’s how I’d like to see Henry. 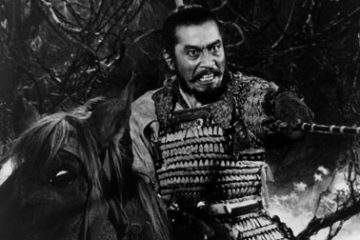 Throne of Blood: Why Macbeth?