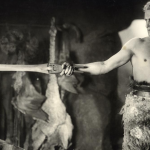 Fantasy was one of the first genres captured on film. In the early 1890s, inventors like the famed Lumière Brothers and the technicians working for Thomas Edison produced brief, 1-3 second “actualities.” These consisted of quick scenes from real life, and had little artistic content, if any.

Alice Guy saw a Lumière projection that year and walked away inspired. Her vision for film went beyond what the French duo were doing.

Guy worked for a photography company, and she convinced her boss to fund her experiments in cinema. She didn’t want to make “actuality” films. She wanted to make art.

In 1896, she created what is often regarded as the world’s first narrative movie, The Cabbage Fairy. In it, a fairy walks through a garden. She gently takes newborns from the cabbages in which they have grown and sets them in front of the lens. A simple film, but the first to bring viewers out of the world they lived in and into a world created by the fantasy of the imagination.

Guy wasn’t the only artist whose life was changed by the Lumière Brothers that year.

Georges Méliès was a theater showman and magician who became transfixed when he saw the Lumières’ projections in December 1895. He tried to buy one of their cameras, but they refused. So, Méliès traveled to Britain and purchased a camera from Robert W. Paul, another pioneer. He made money showing other people’s films until he could buy his own and have it suitably perforated.

Méliès proved to be quite the enthusiast. That first year he made a whopping 78 films, of which six survive.

Le manoir du diable (released as The Haunted Castle) is the most memorable of these. Considered the first horror film, it begins with a bat transforming into the devil. He then uses a magic cauldron to conjure an assistant and creates several horrors – including a beautiful woman who turns into an old hag as soon as she is touched by a cavalier. This mishmash of folk and gothic tropes kicked off a long tradition of horror films, from Nosferatu to The Shining.

In America, Edison’s employees were also itching to express some creativity in their work. William K.L. Dickson brought famed actor Joseph Jefferson into his studio to create a project then unparalleled in ambition.

As silent cinema developed, many directors used fantasy themes in their work and created indelible works of art.

Fritz Lang of Germany is perhaps the best genre director of the early 20th Century. He created masterpieces of sci-fi and film noir, but his first blockbusters were fantasy stories.

His 1921 movie Destiny is based on an Indian folktale of a woman trying to reunite with her deceased love. It inspired budding directors as diverse as Alfred Hitchcock and Raoul Walsh. Luis Buñuel said it was the reason he became a filmmaker.

Lang next created a high fantasy epic in two parts, Die Nibelungen. It was based on the same medieval German poem that inspired Richard Wagner’s Ring Cycle. The scripts were written by his wife, Thea von Harbou. The two would later collaborate on the 1927 sci-fi classic Metropolis.

The greatest achievement of early German fantasy film, however, is undoubtedly The Cabinet of Dr. Caligari.

Created in 1920, the film tells of sleepwalkers, hypnotists, and mysterious murders. The dark, distorted, angular sets and shots defined German Expressionism and influenced everything from Freddy Kreuger to Dr. Seuss.

Dr. Caligari continued down the path started in 1896. Alice Guy was the first to portray an imaginary world on screen. Caligari’s world was one that could only exist in unspoken dreams – and could only be expressed in the medium of film.

Fantasy films were some of the most successful movies of Hollywood’s early sound era. Dracula and King Kong are at least as well known today as they were 90 years ago. Modern filmgoers who aren’t aware of Lost Horizon or The Thief of Bagdad are so familiar with their tropes and traditions, they may as well have seen the films themselves.

And of course, there’s The Wizard of Oz. MGM’s 1939 adaptation of L. Frank Baum’s Oz novels is widely regarded as not just the most important fantasy film ever made, but one of the most important movies, period. The Library of Congress has estimated it is the most-watched movie ever made. And a 2018 algorithm developed at the University of Turin found that The Wizard of Oz is the most influential film of all time, followed by Star Wars and Psycho.

The film famously brings the audience from the sepia-toned “real world” into the Technicolor fantasy Oz. This world of flying monkeys, melting witches, and singing scarecrows has become an integral part of American culture and functions as the collective dream that many films aspire to be.

Fantasy adventure was also a popular choice for studios. Of note are the 1940 version of The Thief of Bagdad, and the 1963 stop motion masterpiece Jason and the Argonauts.

For most of the 20th Century, when people talked about fairy tale movies, they were talking about Disney. The studio’s first full-length animated feature was Snow White and the Seven Dwarfs, released in 1937. It was an enormous hit. It broke the record for ticket sales and held that top spot for 9 years. It still ranks #8 on the all-time list, the only fantasy film in the top ten.

Disney followed it up with Pinocchio three years later. Of Walt Disney Animated Studios’ 58 feature films, all but maybe a dozen are easily classified as belonging to the fantasy genre.

Other studios were encouraged to release fantasy films for kids, each hoping to capture some of the Disney magic. None matched the consistent quality output of the Mouse House.

Only Studio Ghibli gives Disney a run for its money.

The legendary director Hayao Miyazaki founded the studio in 1985. It released indelible classics that mixed childhood whimsy with a more mature tone, such as the World War II drama Grave of the Fireflies about two children living in Japan at the end of World War II.

Miyazaki directed several of the studio’s biggest fantasy hits, including My Neighbor Totoro and Spirited Away. His films don’t separate characters into “good guys” and “bad guys” like most of Disney’s. Instead, they tell stories that focus on their protagonists’ complex emotional lives.

Willy Wonka and the Chocolate Factory and Chitty Chitty Bang Bang were both live action fantasy successes. Like Disney’s fare, they were brightly colored family musicals. But they both took a much darker tone. When it comes to caring for children, Willy Wonka is no Mary Poppins.

Disney’s domination helped brand fantasy as mostly “kids movies” in the minds of many moviegoers. In the mid-70s and 80s, the exception to this rule was fantasy comedy. The trend got off to a hot start in 1975 with Monty Python and the Holy Grail. The troupe’s irreverent, anarchic take on the legendary tales of King Arthur and the Round Table is a comedy landmark. It features a homicidal Sir Lancelot, the “Knights Who Say Ni,” a Black Knight who won’t give up, and French knights who taunt the famous king – “your mother was a hamster and your father smelt of elderberries!”

“Grown-up” comedy fantasies released in Monty Python’s wake include classics like Ghostbusters and The Princess Bride. Screenwriters used fantasy premises to create “fish out of water” stories like Big and (literally) Splash.

When the 20th Century ended, studios didn’t expect fantasy films to make a lot of money. The most recent blockbuster in that genre was 1984’s Ghostbusters. No “high fantasy” film had ever cracked the all-time box office top 10 since The Wizard of Oz.

That changed in 2001, when two of the most influential fantasy flicks of all time were released a month apart. Harry Potter was already a cultural phenomenon when The Sorcerer’s Stone hit theaters in November. Four books were published at the time and were credited with getting millions of students to read. The first movie made $317.6 million domestically within a year.

The Harry Potter film series eventually stretched to 8 movies, each one of which was a blockbuster. It was the first lengthy set of sequels that told a continuous story and remained popular among filmgoers. Nothing like it had been seen before and only the Marvel Cinematic Universe had matched the boy wizard’s achievement.

In December, Peter Jackson’s The Lord of the Rings: The Fellowship of the Ring brought in audiences. The three films in the trilogy were shot at the same time, a risky move by New Line Cinema. It paid off big time. The trio of movies made nearly $1 billion in the domestic box office and won 17 Academy Awards. The success of these two films sparked a bevy of releases from studios hoping to cash in on the fantasy trend. There were the predictable failures (The Golden Compass, Peter Pan). But successes like Pirates of the Caribbean, Pan’s Labyrinth, and Maleficent are much more memorable.

The luster of the genre has dimmed only a bit since the early 2000s. James Cameron’s planned Avatar series grows larger and more elaborate by the day. Animated family films like The Book of Kells, Moana, and Coco are welcome additions to the canon. The coming years will doubtless unveil new masterpieces that bring these imaginary worlds to places Alice Guy and Georges Méliès could only dream. 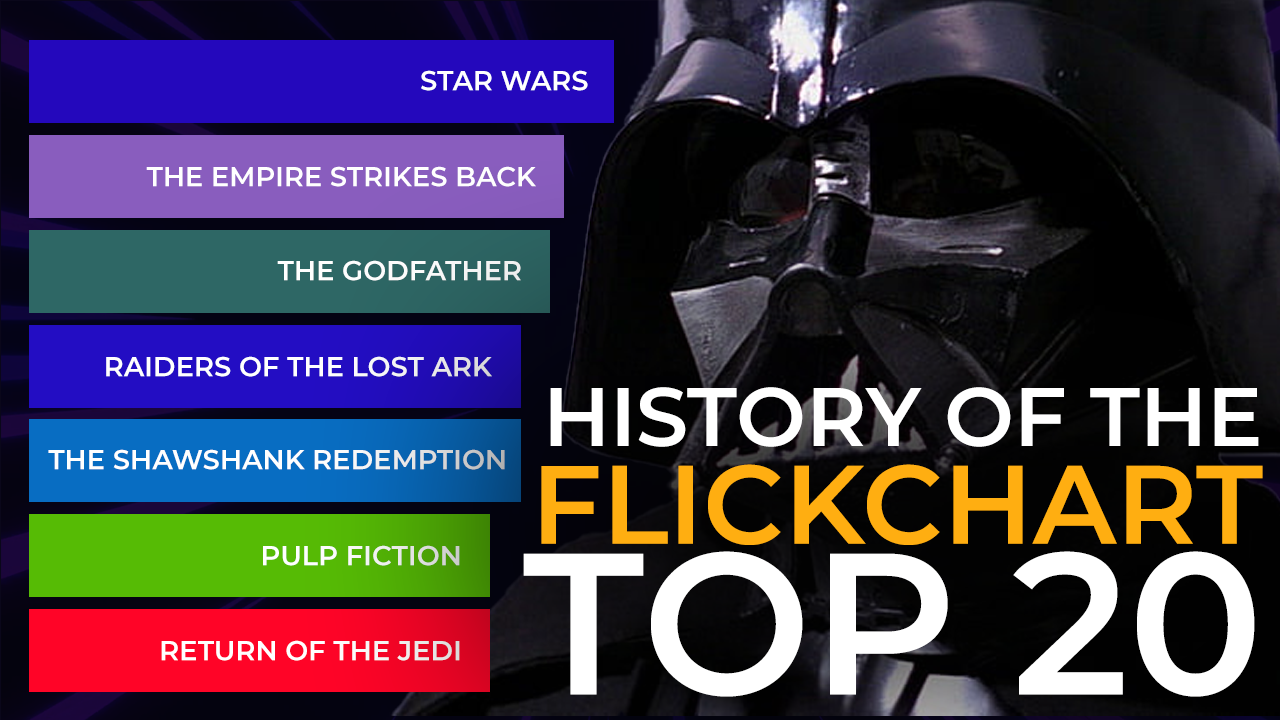 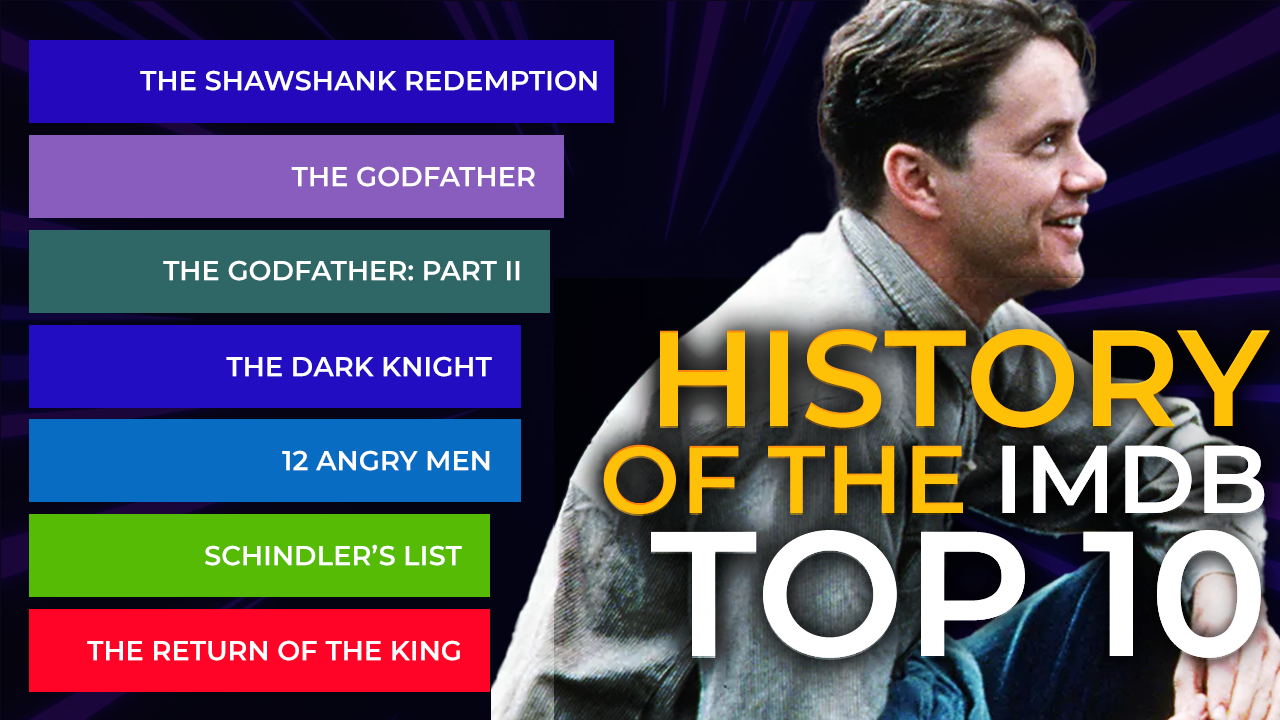 History of the IMDb Top 10