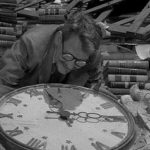 Time Enough at Last is the 8th episode of the very 1st season of the The Twilight Zone.  I don’t spoil the twist ending here, but if you haven’t already seen this television classic, I urge you to watch it now.

At first glance, Henry Bemis is the victim.  He comes across as an awkward but likable character; an intellectual who, sadly, must spend his time with bullies who pick on him for being “a reader.”  We’re happy for him when he finally finds his time.

But watch again.  Bemis isn’t a bookish nerd with a passion for reading – he’s an addict who, by his own admission, is so desperate that when cut off from newspapers and magazines, he reads the labels off soup cans.

Replace “book” with “pornography” or “alcohol” and it doesn’t change the story.  Bemis neglects his wife, loses money at work and offends his boss.  In any social interaction, his only concern is how long it will be until he can start reading again.  He shuts out any genuine connection with people and attempts to live in his self-contained, masturbatory fantasy world. 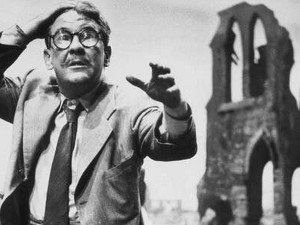 Bemis is totally alienated from normal human interaction.  Mrs. Bemis wife starts a sentence “No husband of mine…” but instead of responding to her concern or anger, he chuckles at her use of the phrase, and says it would be funny if she had more than one husband.  Bemis doesn’t realize – or doesn’t care – that the woman at his teller window isn’t at all interested in David Copperfield, and continues to list the names of the characters.

Although he didn’t drop the bombs that destroyed the world outside his vault, he did so throughout his life, every time he snuck a magazine to a neighborhood bridge party, every time he chose Copperfield over conversation, and every time he snatched up a newspaper instead of snatching up his wife.

Bemis has always sacrificed people for books, but when he finally gets his utopia, even he is horrified – at first.  Within a few minutes, he becomes overjoyed at his new library privileges.  He practically dances down the steps, grinning at his piles of hundreds of books which tower over the piles of millions of bodies.

But we all know what happens next.

The best laid plans of mice and men and Henry Bemis, the small man in the glasses who wanted nothing but time. Henry Bemis, now just a part of a smashed landscape, just a piece of the rubble, just a fragment of what man has deeded to himself. Mr. Henry Bemis…in the Twilight Zone.

Watch Time Enough At Last for free on CBS’s website. 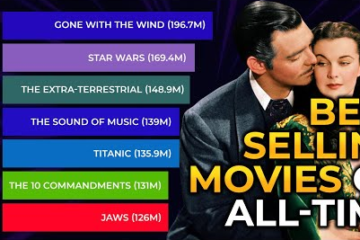