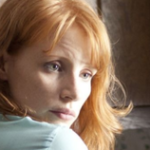 Arkansas native Jeff Nichols delivers an understated film on a topic that is traditionally overdone.  The psychological journey of Michael Shannon is similar to Natalie Portman’s in Black Swan, but Take Shelter uses more subtle methods to achieve – at times – a similar frenzy.

Shannon is a family man, who begins to suffer from mental illness.  His mother has paranoid schizophrenia, and is under state care.  Shannon had bad dreams, and starts to worry he will follow his mother’s fate.

The world of Shannon’s visions isn’t too much different than the cinematic worlds we usually experience.  There aren’t a lot of jump cuts or whip pans, and none of the pounding violins of Clint Mansell.  Instead we get a low, quiet tone from David Wingo.  The deep bass simulates the change in pressure you feel before a storm, even before the dark clouds have formed. 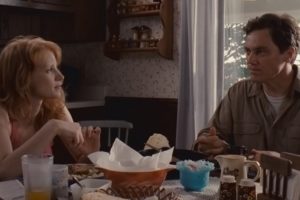 Michael Shannon is terrific, as usual.  A more pitched, noticeable performance might have gotten him more Oscar buzz, but it would have been at the expense of the film.  Jessica Chastain has been in everything this year, and I hope she’ll be in everything next year too.

Some reviews [1] [2] are taking issue with the ending.  Without creating any spoilers, I’ll say that I’m not quite so inclined to take everything quite as literally.  But it’s good fodder for debate.