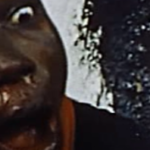 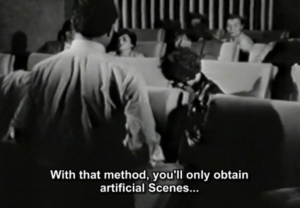 If a documentary is supposed to be true to life, what does this mean for the documentarian? The problem is especially acute for ethnographic fillmmakers, trying to capture a culture. But the filmmaker’s simple presence changes the life he is trying to record — the observer effect. The filmmaker can choose to ignore this problem, and trust his ability to go beyond his subjective viewpoint. This can lead to a colonial misunderstanding of a culture that becomes entrenched because of its supposed objectivity; see Basil Wright’s Song of Ceylon.

Jean Rouch’s solution was to be honest about staging, and to invite the subjects of the film to help create it themselves. With Les maîtres fous, he asks the members of the Haku movement in Niger to put on their show for him; to show him what Haku is about.

The problem is pretty familiar for today’s “reality TV.” Most everyone who watches reality TV will tell you they’re not seeing reality. They’re seeing semi-scripted drama where the characters are actors playing a version of themselves.

Rouch’s Chronique d’un été exemplifies this. The subjects of his documentary of life in Paris are filmed having a discussion with the filmmakers about how realistically they might be able to act on camera. Then, the final film is screened for the subjects, and the subjects react to themselves and to each others’ on-camera personas… on camera. Finally, the filmmakers themselves have a “private,” on-camera discussion about how realistic they thought people acted/did not act. 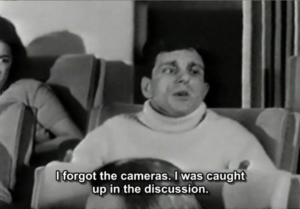 One man accuses a scene of being artificial, but a subject defends himself, saying he got so caught up in the conversation, he forgot the cameras were even there. Another woman says the only way to get anyone to act in a genuine manner is to get them on the point of hysteria. A different subject takes offense to the implication she was hysterical.

Despite the differences in opinion, everyone uses the same standard to judge which scenes count as “genuine” as apart from “artificial.” It’s not stated explicitly, but the “genuine” scenes are those in which the person would act the same as they would have if a camera had not been present. It’s this idea that gave rise to cinéma vérité and direct cinema.

And yet, we often *do* chide someone for acting “fake” around different observers. What we mean by “acting real” is a complicated matter.

For film, this complication shows that even an unedited feed of a hidden camera cannot display unfiltered “truth. (was The Truman Show real or artificial?) Apart from the selections made by camera placement and subject choice, there’s also the fact that a camera-less viewpoint does not present us with the truth either.

This shows the strength of Rouch’s approach. We can often learn more about a person by asking them to simply sit down and tell us about themselves than we can by quietly stalking them with a camera. Or, we can ask a culture to put on its own show and ritual, rather than pulling out the anthropology textbook to fit our fly-on-the-wall observations into a rubric. Rouch sees the documentarian as a conversation partner, and as an active, not passive, listener. 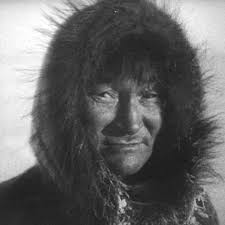 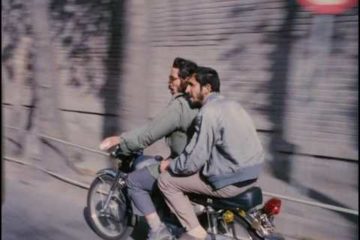