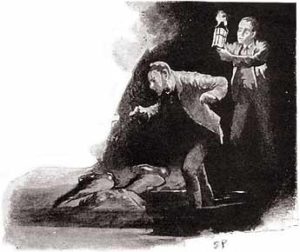 The 1891 Sherlock Holmes story “The Five Orange Pips” is loaded with some of the genre’s most delicious tropes. It spans two continents, includes a secret society, two mysterious deaths, a will and a locked room mystery. Holmes, true to form, solves the mystery without even leaving his home.

Or at least believes he has solved it. He sends a telegram to a ship he thinks the murderers are traveling on. But it sinks before he has the chance to confirm his theory.

TV Tropes points out that this is hardly the only mystery Holmes could not solve. The website quotes Doctor Watson’s explanation in the 1922 story “The Problem of Thor Bridge,”

“Some, and not the least interesting, were complete failures, and as such will hardly bear narrating, since no final explanation is forthcoming. A problem without a solution may interest the student, but can hardly fail to annoy the casual reader. Among these unfinished tales is that of Mr. James Phillimore, who, stepping back into his own house to get his umbrella, was never more seen in this world. No less remarkable is that of the cutter Alicia, which sailed one spring morning into a small patch of mist from where she never again emerged, nor was anything further ever heard of herself and her crew. A third case worthy of note is that of Isadora Persano, the well-known journalist and duellist, who was found stark staring mad with a match box in front of him which contained a remarkable worm said to be unknown to science.”

Holmes writer Arthur Conan Doyle knew his work is unrealistic. But he (and his avatar Watson) also knew Holmes’s failures would not make for popular stories. 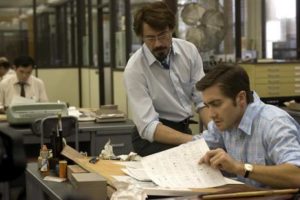 Zodiac, like “The Five Orange Pips,” contains a large number of detective tropes. It starts out like a horror film, grabbing our attention with a graphic murder. We have puzzles, an eager amateur detective, and puzzles left in a newspaper. But the traditional detective framework breaks down as the film drags on. By the end of the movie, we don’t know much more than we did half an hour in. We think we know who the killer could be, but we’re not sure.

In one scene, the police force goes to see Dirty Harry at a theater; a fantasy based loosely on the Zodiac murders, but with a cop who doesn’t follow procedure, and who doesn’t leave any room for uncertainty about guilt or innocence.

Fincher’s movie confronts us with the contrast between the real world of the real-life Zodiac killer and the false world of the movies. Outside the theater, not only are detectives often wrong, but so are prosecutors, judges and juries.

Professionals used to complain that the Sherlock Holmes novels led laypeople to demand unrealistic results from forensic science. Now, there are dozens of conflicting studies about the “CSI Effect.” 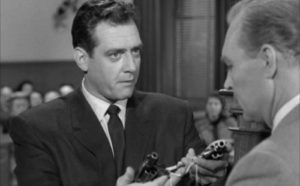 From The American University Law Review, in 1991:

“There is one problem that I call the Perry Mason syndrome. A lawyer who specialized in defending white collar defendants told me what happened when he unexpectedly list a case and his client was convicted. He went up, just shattered, to a juror and asked, “What happened?” The juror said, “When you cross-examined the prosecution’s key witness, you did not get him to confess.” The lawyer realized that here is a real Perry Mason fan, and the real-life lawyer had not measured up.”