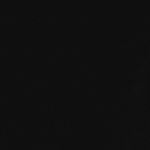 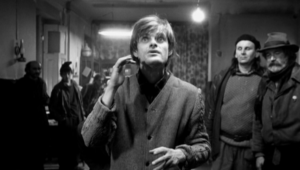 In the opening scene of Werckmeister Harmonies, Janos explains the nature of an eclipse to a group of men in a bar. He begins scientifically, charting out the motions of the heavenly bodies. As the men’s movements turn into an ethereal dance, János ventures into the poetically biblical “And then … complete silence. Everything that lives is still. Are the hills going to march off? Will heaven fall upon us?” 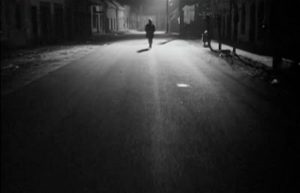 Mihály Víg’s sublime score rises to meet János’s prophecies. The piano chords bring the bar into the world of the transcendent.

But the bar is still also a bar, and we are not to forget it. The shuffling of the men’s boots and coats is as loud as the music, and their shadows block the lamp hanging overhead. They move in and out of frame, and the dream is ended when the bartender shows János the door.

János’s uncle complains about the work of 17th Century music theorist Andreas Werckmeister. He believes Werckmeister’s harmonic scale is idealistic, utopian and disconnected from the natural order of things.

Béla Tarr has consistently denied that Werckmeister Harmonies was allegorical. But it is set near the end of the Soviet occupation of Hungary and is full of mystical images, so viewers are unable to help themselves but to invent analogues for the scenes and stories. The dead-whale-as-capitalism is the interpretation I see the most.

Apart from politics, the whale is one of the contrasts between speech and reality we see in the film. The whale is not the exciting attraction its circus advertisements promise. The mysterious “prince” may not even exist. And although János can think about the stars above the sky, he must still walk home alone, in the cold.