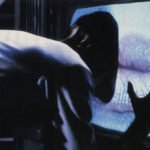 David Cronenberg’s Videodrome explores the disorienting ways that new media technology ruthlessly transforms not only our shared cultures, but also our very bodies and minds.

Videodrome relies on the theories expounded by 20th Century thinker Marshall McLuhan. McLuhan believed “the medium is the message.” The actual content of our media isn’t what changes us. Debates about violence in our movies or politics in our books largely miss the truly transformative power of media.

The demise of the Western as a Hollywood staple is a reflection of cultural memes and interesting to study. But it is trivial compared to the switch from scrolls to the printing press or from radio to television. These changes in medium transformed not just the way ideas are expressed, and not even only the ideas themselves, but the way we actually think and behave.

When I was young, my parents were convinced that too much television would “fry my brain.” However, they allowed me to watch as much PBS as I wanted. McLuhan would argue that Masterpiece Theatre on PBS programmed my life just as The Simpsons (which I wanted to watch) would have.

“In terms of the ways in which the machine altered our relations to one another and to ourselves, it mattered not in the least whether it turned out cornflakes or Cadillacs,” he wrote of the rise of automation.” (McLuhan, Marshall. Understanding Media. 1964. New edition, Cambridge, MA: MIT press, 1994. 7-8.)

McLuhan gave examples of how media has changed thought over time, beginning with Socrates lamenting the invention of the alphabet:

“The discovery of the alphabet will create forgetfulness in the learners’ souls,because they will not use their memories; they will trust to the external written characters and not remember of themselves… You give your disciples not truth but only the semblance of truth; they will not be heroes of many things, and will have learned nothing; they will appear to be omniscient and will generally know nothing.”(McLuhan, Marshall, Quentin Fiore, and Jerome Agel. The Medium Is the Massage. 1967. Reprint, Madera, CA: Ginko Press, 2001. 113.)

In order to hammer home the importance of medium over content, McLuhan uses the example of the light bulb.

“The electric light is pure information. Is is a medium without a message, as it were, unless it us used to spell out some verbal ad or name…Whether the light is being used for brain surgery or night baseball is a matter of indifference.” (McLuhan, Understanding Media, 8-9.)

For the past ten years, Virginia Tech Professor Roger Ekrich has researched the West’s forgotten memory of a lightless night. He writes that Europeans and Americans used to wake in the middle of the night, and divide their time between a “first sleep” and a “second sleep.” This in between time would be used for study, prayer and sex. The rise of overnight lighting affected our mental and physical health, our sexual, social and spiritual lives, and changed the way we think and live.

This biological transformation of medium is one of the key elements of McLuhan’s work – and at the heart of Videodrome.

In Videodrome, this idea is taken perhaps only a bit farther than McLuhan intended. The character Professor Brian O’Blivion is a stand-in for McLuhan, claiming “the television screen is part of the physical structure of the brain.”

This becomes even more literal in the case of James Woods’s character, Max Renn. Renn views sadistic pornography called “Videodrome” through a scrambled satellite feed. This pornography acts as a rabbit hole to a world of conspiracies and hallucinations.

The conspiracies are impossible to follow and, if analogized as McLuhan’s idea of “content,” aren’t that meaningful. What is meaningful to Renn is that his body and mind are controlled by video and television. 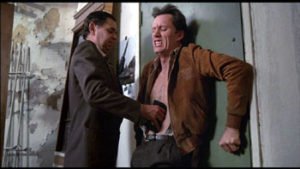 He has become one with the media. Renn’s stomach and sex organs become a VCR. His hand becomes a gun – which is directed by whichever television program happens to be able to broadcast into him.

The idea of VHS tapes and television as an all-pervasive, world-controlling technology definitely dates the film. However, the zeerust adds an additional layer of interpretation for contemporary viewers.

McLuhan died in 1980, and Videodrome was made in 1983, just a little too early to experience the mass media revolution that began in the 1990s. Since then, we’ve seen a revolution every few years – personal computers, the internet, laptops, mobile phones, internet speeds fast enough for video, and smart phones. 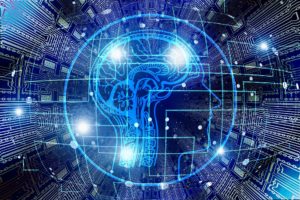 There has also been an explosion of research inspired by McLuhan.Here are brief sample of the ways these new media – and not their content – have changed our biology:

“…most of us with access to the web spend at least a couple of hours a day online—and sometimes much more. During that time, we tend to repeat the same or similar actions over and over again. As we go through these motions, the net delivers a steady stream of inputs to our visual, somatosensory and auditory cortices. “The net’s cacophony of stimuli short-circuits both conscious and unconscious thought, preventing people from thinking either deeply or creatively.” – The Difference Engine: Rewiring the brain – The internet is changing the way we think (The Economist, Aug. 6, 2010)

“But no matter how carefully Google attends to requests to modify our collective memory, the search engine may have already made its mark on the way individual memory functions… One could argue that this is an adaptive use of memory—to include the computer and online search engines as an external memory system that can be accessed at will.”- Scientific Proof that Google Is Destroying Your Memory (New Republic, June 3, 2014) 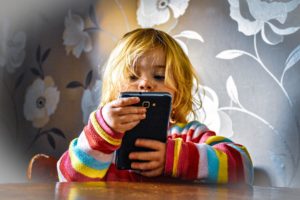 “It’s not the Angry Birds, streaming videos, emails from your boss, or your Facebook updates that disturb your sleep when you spend an evening staring at your smartphone or tablet… Cells at the back of your eyes pick up particular light wavelengths and, with a light-sensitive protein called melanopsin, signal the brain’s master clock, which controls the body’s circadian rhythms.” – How Your Smartphones Messes with Your Brain – and Your Sleep (Scientific American blog, May 20, 2014)

These are all once-in-many-generational changes that have happened all in just one generation. We went from telephones, television and the printing press to a world where nearly anyone can broadcast their thoughts, sights and sounds to the globe simply by moving her fingers around.

McLuhan’s 1960s optimism preached that the youth and the teenagers would adapt to the new media. If they simply understood what was happening, they could thrive. But Cornenberg expressed the change in media as body horror. Renn knows how the media works, but that doesn’t do him any good. His identity is constantly and bewilderingly stripped from him, rebuilt, and transformed at speed to which he never has a chance to catch his breath. His body and mind are raped, and he is weaponized against everyone and against himself. His experience of being thrust into the new age is closer to Kafka’s than to the hippie’s.